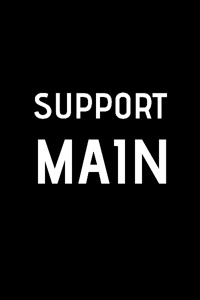 The goblins are prime targets for rogues. Their skinny neck, big eyes, thin chest, weak legs, are easy targets for a sharp dagger. That’s why a lot of rogues start here.

Shove the dagger right into the eyes, and hear the eyeballs squish and rubber apart, and twist it a fully 90 degrees to the slight resistation of the mud that is the brain; and then, the goblin grows limp and topples over, leaving only a small blue number floating above the corpse, +6 XP.

Whether it was a lone straggler or the large group, possibly containing a hobgoblin, it didn’t change his approach slightly. He rushed in, usually catching everyone by surprise, and before their flimsy and broken swords had been drawn, his two daggers had already killed two, and were about to take two more.

For Scarface, the best rogue in the entire world, killing goblins was like riding a bike. It was pure muscle memory. He’d done it so many times that he could doze of, and let his subconscious take over. But he didn’t doze of this time. He was focused and serious and slaughtered with efficiency. 3, 5, 7, or more goblins, it didn’t matter, he rushed in there, not caring if they saw him or not, and he attacked in such a way that death seemed inevitable, the dagger naturally and gracefully travelling into their eyes. Before most goblins knew what had happened, two of them had died, oh, there goes four.

Scarface hadn’t gotten hit, or scratched for nearly twenty minutes, but Lucian still made himself useful. He acted as a shield at times, a diversion at other times, Blocking the occasional strike and positioning himself in a manner that allowed Scarface to make more aggressive attacks.

They moved together like yin and yang, reaping the goblins in their way with the same smoothness of a scythe cutting hay. Even if a party had already started a fight against a group of goblins, they still shred through them faster.

“Fucking kill stealers,” they heard from behind as they moved on to the next target.

They were a hundred meters deep into the flow, too far for them to hear the comment. If they had heard it, such a comment would have sparked a battle to the death, not then and there, but a week later. The gods, but one, frowned heavily on murder the first week, cursing anyone who might try. Still, some players went for PvP early, thinking the large amounts of experience was worth it.

“You’re really going hard,” Lucian said between breaths, “Are you trying to win?”

“Of course, more so than usual, Helium is on the border of recruiting me,” Scarface said, blue blood spraying at his face.

“Bahh, Helium is an overrated team,” Lucian ducked under a sword, “I think Fnatic is the best right now.”

“Maybe, but Helium has Ylver,” he smiled. “She’s so hot! Have you seen her tits?”

“Nope, but I heard she 1v5’d the entire Faze team last split.”

They travelled in the direction of most goblins, naturally leading them to a goblin fort. It was a type of spawn point for goblins. The goblins became more and more geared the closer they came to the fort. No longer were their swords broken; their bodies naked; their length so short; their teamwork so shabby. Luckily, they had reached level five the moment they spotted the goblin fort, allowing them to pick one new perk, and one new spell, increasing their strength vastly.

“That was a fast level five,” Lucian muttured, “it usually takes a few hours more.”

Lucian opened the perk list. The next perk the build wanted him to pick was the core idea behind the build. It was called Specify, and allowed him to cast his support spells on a very specific part of the body. He chose to upgrade his spell instead of swapping it out, turning it into a major heal.

“Are you ready?” Scarface asked after a few minutes. He looked at James and saw a nod, “follow me.”

The walls to the goblin fort were filled with large holes and broken bricks and blue moss and tall vines. The two meter wide canal surrounding it had flies buzzing over it and stood still, as if the flourishing canal had died and withered like the rest of the building. The large rusty gate had fallen and still laid on the ground, too heavy for the goblins to bother fixing. The lore inside pointed at the fact that it had been created by humans and later abandoned. Goblins had then moved in, acting as the ruthless scavengers they are.

You could download the goblin fort online and practice clearing it. All goblin forts had archers standing on each corner, troops training inside, and a major building in the middle in which the goblin chief sat. Scarface’s record speed for killing the chief was around ten minutes, but he’d gotten really lucky with RNG then.

Scarface threw his dagger, it spinning around in the air like a windmill in a storm; it flew right into the archer's forehead, and the archer toppled over, falling into the water. Splash! Scarface rushed forward, Lucian slightly behind, snatched his dagger and jumped over the canal and scaled the wall at a speed that shocked Lucian. It wasn’t that it was hard to climb the wall, a lot of bricks stuck out making for perfect climbing help, but that he did it faster than an angered spider, screaming mastery in a way few things did.

Eventually, Lucian reached the top. He found that there was a trail of corpses leading to the middle of the wall, where a tower stood. He followed them into the large stone tower. It was pitch black inside, the light had been broken, to his right he saw two shining eyes.

“Took you time,” Scarface scoffed, “there’s a path not a lot of people know of, follow me.”

Scarface travelled up the stairs on the other side of the room, Lucian following behind. There were two goblins playing cards at the top, somehow they hadn’t heard any of the murder happening down stairs. Lucian didn’t blame them; if anyone knew silent murder, it was Scarface.

There was rope filled with small red and green flags attached between the tower they were in, and the large building in the middle. Scarface nodded for Lucian to zipline over first.

“We have to bar the door instantly once we’re over,” Scarface explained. “There should be a thick plank to the side of it, use that. In the small chance that there’s an orc leading this be careful, they have a nasty charge skill that’s nigh impossible to dodge, if you’re not the world's best rogue of course.”

“Sure, just fyi, I have a new kit,” Lucian said, and began explaining the idea behind it, “So basically…”

A note from Sly Lyon

Today was a day. I woke up angry, and then school exhausted me, and now I'm satisfied publishing this chapter.

Sometimes it can get really hard to get into that writing state, and sometimes it comes naturally, sucking the pain and anxiety and biterness out of me and leaving me in a peaceful state. It's not a lot that can do that for me anymore. Nothing really grasps my focus like writing does. I remember that math used to do that for me, gaming also, but now they don't. Perhaps writing will grow boring for me in the future too, who knows.

A lot of books on writing say that a villain is a neccessary part to the story, an antagonist to be more specific. I  haven't had one in my stories, usually opting to leave to world as an antagonist but I wonder now if that is not a good thing. An antagonist creates suspense and conflict which is crucial for a good story.

Anyway, that's all for me. I'm deeply grateful you read this. Now I put down my pen, and I hope we see eachother tomorrow.