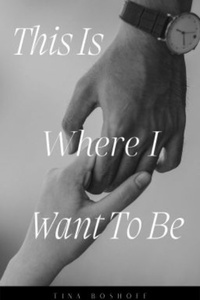 This Is Where I Want To Be

In modern America a teenage vampire\alien and four men’s lives intersect into an ultimate reverse harem. Haunted by a past and a fascist ruler of her home planet, she battles her enemies to achieve her goal in life. To be happy.

Juliet is a strong female lead that has one outlook on life. To love what is good for her and to give all of herself to whoever wants to be a part of her life.

The supernatural aspect comes in that the origin of the creatures on earth is alien-based including vampires, werewolves, and others. They will be traveling to space.

There will be a lot of fighting, physically and emotionally, for what Juliet wants.

Ultimately, she rules the three planets and sets all the different species free of the bondages of their societies.

Commas are a problem

Reviewed at: They Are Going To Meet

I dont know why and I don't truly care about the true reason behind it, but there are some minor but very annoying issues with the grammar in this story. It is nothing major, as said before, but it is on the brink of being wrong in the same side consistently. I am half-determined to believe it might be due to second language syndrome, yet I am not that sure about that theory. The future might show some change, but I can still safely say that this fiction needs editing by a second pair of eyes.

On the other side of things, I would say that this is alright for a casual read. I won't personally read more than I already have, but perhaps somebody else would have the pleasure of doing so. Whatever. 4/5 from me.