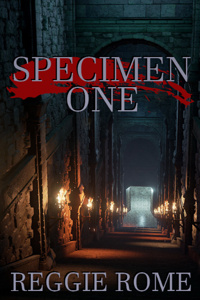 I use the last of my adrenaline rush to drag my guards to the carriage. Unfortunately, I’m not very muscular, so I can’t actually lift them up into it, so I just settle for leaning them up against the wheels. After getting them settled, I sit down next to them for some much needed rest.

The main thing I’m worried about right now is that if those spider monsters are part of a bigger pack - if they were some sort of scouting party, for example - then they’ll probably be on the hunt for me out of spite in the future. My entire strategy back there was pretty much just making them hate me as much as possible, after all.

Magna’s leg is seriously messed up. The first time they hit her leg it sounded like it broke, but then they smashed into it another time. She’s either out of commission for a good while, or already dead due to the head injury. Itor should wake up soon, though. He seems to have been hit much less seriously. I check both of their pulses. Yeah, they’re both living, at least.

Some seriously weird shit just went down. Not only are there tactically and emotionally intelligent animals out here with the seemingly impossible ability to change their body weight and material at will by reducing their body mass, but also Itor and Magna seem to have the ability to create, suspend, and propel objects at will.

I saw them create two differently shaped objects. One was a small spike made of stone, and the other were knife-like blades made of stone. I can assume this ability is restricted by size in some way, considering they didn’t just make a mountain appear out of thin air and crush the animals, and I feel like I have a general idea of how large an object they can make, since both the types of objects they made were so small; they didn’t even make a sword, just a small blade.

It also seems to be restricted by material. It could be stone-only, or maybe stone was just their best option in that case for making those blades. It definitely seems like it’s restricted in some way, though, since I can’t think of any other reason they wouldn’t be making these things out of steel.

They also seemed to have the ability to propel these objects at extremely high speeds. I wonder how they do it. I don’t think it could be something like nanomachines creating and pushing these objects which are triggered and/or controlled by hand movements; this society seems way too primitive for that. Well, it’s not totally impossible. It could be some sort of remnant technology that’s been left over an apocalypse event, or something.

Honestly, I have no clue what’s going on. At this point, I don’t think theorizing about the cause of these strange abilities will do me any good, nor will I ever get close to an answer. I really feel like I’ve left the realm of plausibility. What I should focus on right now would be further examining the rules and limitations of these powers.

I stand up and begin to examine the dead spider-wasps around the area. They’re all around three feet long, with the smallest among them being four or so inches shorter than the largest. Well, two of them got pretty mutilated, so those aren’t very usable specimens. Their legs stretch out around two feet when fully extended and are relatively thin compared to how easily they could move; they’re only an inch or two in diameter at the thickest. Their six-inch-long stingers feel even more unsettling under close examination.

I decide to do a bit of further research. I take the most in-tact one there is - the last one I killed, by stomping on its head - and use one of the stone knives that Itor created to make a careful incision along the creature’s stomach, going from the bottom of the head to where the torso ends and stinger begins.

I attempt to peel back the chitinous exoskeleton that covers the creature, but the shell is still firmly attached to the creature’s body. After some more careful cutting, I manage to remove the entirety of the exoskeleton with only minor damage to the internal organs.

I examine the insides of the creature. At this point, it’s been a good few years since I was kicked out of that orphanage/school, but I still remember a good bit that they taught in biology.

Things were definitely different in this new creature, but I think I managed to identify the thing’s stomach, blood vessels, heart, and what seems to be a brain in its abdominal region. What I’ve identified as a brain is actually bigger than the entire head, so it makes sense that it would have to reside somewhere else.

I also think I found an egg sac near the tail end of the creature. Following a tube that attaches to it, I find it’s directly connected to the end of the stinger, along with another tube. The second tube is connected to a vessel that contains some sort of liquid. The stinger is definitely still meant to stab into things - it’s way too sharp to not be - but it seems like it also functions as the method by which they lay their eggs.

Maybe stinging and laying eggs are two different processes, but it’s also possible that they lay their eggs inside of stung victims. I didn’t see them ever trying to sting Itor or Magna before, even when they were immobile, so it seems like both stinging and egg-laying are a process done outside of combat.

I guess this liquid container is the venom. I wonder if it’s a paralysis poison? Or maybe it’s meant to kill? Maybe I should open up a wound in my arm and put a drop or two in there to see what happens? Wait, no, I shouldn’t. That’s fucking stupid. I could literally die.

I’ll just keep a bit on me in case I see an opportunity to sneak some of it into Itor or Magna or someone else and observe what happens. I go to the carriage and cut off a small patch of the tarp with Itor’s stone knife and some of the string that was connected to that damn nail, and use them to craft a small pouch to keep the venom in.

The venom sac only fills up a small portion of the pouch, so I go over to the other two dead monsters and cut them open, looking for more. It’s a bit difficult finding anything in the mutilated one, but after rummaging around in the gore for a bit I get it done.

All of the monsters have egg and venom sacs, so after emptying all of them into my pouch, it fills up about halfway. I put the pouch into one of the pockets in my cloak.

It’s interesting that they all have egg sacs, though. They could be a genderless species and they reproduce asexually, or maybe it was just simple chance that the ones that didn’t escape were female, or only the females go hunting.

Honestly, I have much too small a sample size to draw any sort of conclusion. I hear a stirring behind me. Immediately, I snap my neck in that direction, knife in hand. Oh, it’s just Itor; he woke up and is getting to his feet.

I’m sure this will be confusing for him to see.

Bio: Hi! I'm an avid reader of fiction and I'm writing a novel of my own! I've honestly been working on it for a very long time, and now I'm uploading it to the world! Please feel free check it out and leave a comment on anything that sticks out, I really appreciate feedback and take it all to mind when writing!