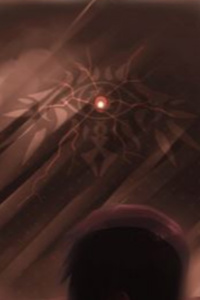 Everyone is familiar with the concept of the Gamer - someone with powers that turn their life into a video game.

But what happens when everyone has this power? How does one get by in a world where all the superhumans are fantasy characters? When every quest can lead to looking like a lunatic to those around you? Where walkthroughs are a state secret, and dungeons are strategic assets?

Well, first, you hide the entire thing and then - you dress it up in spandex.

I'm not a professional critic or anything, but I really like the story so far. The only think it's missing is chapters, lots and lots of chapters that I can bury myself in. While you did have a very good reason to take a break Mr. BowlerHatGuy, I have a ravenous hunger for chapters. This is a bribe, a bribe which you cannot refuse, meaning you are obligated to write more chapters as you have already taken the bribe. I'd say you had fallen directly into my trap, but that would imply that you had any input in the matter. I tied you up and threw you into the trap, leaving no chance for escape! My plan is utterly foolproof, and my intellectual prowess is unmatched.

For anyone besides Mr. BowlerHatGuy you probably want a little more about what you'd be reading. If you aren't already hooked by the description above then you obviously don't like spandex. The only thing I think I need to mention is that technically not everyone has a video game system, only heros and villains do. Is this a bad thing? No, not really. I just thought it might need some clarification.

The main character Nicholas chooses monk as his class and also gets a summoning ability, he regains ki points by beating people up (the only way to get them that has been revealed, might be the only way but really cant say yet.). This is extremely interesting to me, I haven't read a story where ki was regenerated like that, that alone might be enough to pull me in. The fact that he's a frontline fighter that can summon is absolutely wild to me. It's really cool, his summons are definitely weak right now, but the fact that he can so far command them to do actions before they're even summoned and summon them anywhere in eyesight is really cool. I am a bit concerned that this is a bit overpowered, but as long as the soldiers can only do pretty basic physical things until he's at a higher level I think it will be fine. Of course my sense of power balance might be really off, because the extremely powerful people we've already met are only at low levels. Maybe instead of leveling like most computer rpgs, the leveling is more like dungeons and dragons. Most of this is just speculation however, as there aren't too many chapters out at the moment. We'll have to wait and see.