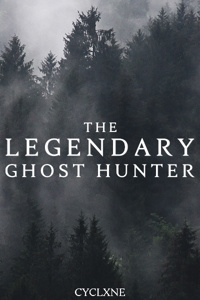 The Call of Battle

"Seems like both of you are happy with your new clothes," Mavrick grinned, stroking his beard. "Now then…"

He turned to Octane, who had an innocent look on his face.

At this, Octane froze.

"Of course. Just because your boss and I are old comrades, doesn't mean I won't charge you. In fact, I should charge you more, no?"

Saying this, he dashed out of the store at Mach 1, sending a gush of wind blowing past Iris and Finn's face.

"Hey! Get back here, bastard!" Mavrick roared in anger and took off after him.

After several minutes, Octane arrived at the large watchtower that had brought them down here. He turned around and gazed down the empty road for any sign of his persecutor, and sighed in relief when he saw no one.

"Sheesh… that was close… I almost had to go bankrupt."

Then, he realized something.

"Oh, wait… Finn and Miss Ivis are still back there… goddamn it!"

He smacked his own head and hurried back to the city, praying he doesn't run into Mavrick.

After a while of searching, he finally found the duo. They weren't especially hard to locate, given how Iris was riding on top of Finn's shoulders.

"Aha! There they are!" Octane chuckled and hurried over to them. "Hey, follow me! Hurry!"

He grabbed Finn's hand before he could finish and pulled him through the crowd at the speed of a race car, with Iris clutching on for dear life.

Somehow, they managed to get to the watchtower without Mavrick finding them. It seems that he had been so busy chasing down Octane that he completely forgot about Finn and Iris, who were much easier to find.

"Whew… finally," Octane whistled in relief, placing his hands on his hips and glancing down the way they just came from.

"… Is this fine?" Finn asked quietly, still holding onto Iris's legs to prevent her from falling off.

"It's fine, it's fine," Octane laughed. "You can just owe him and pay back your debt whenever you get the money."

"That is the problem… where do I get money?"

"Jobs, amigo. Every time we take down Ghosts, our boss receives rewards from the guild, then distributes it equally among everyone who participated."

Suddenly, an upbeat song in a language Finn didn't know began blasting from Octane's pants, cutting his sentence short. He quickly pulled out his phone from his pocket and answered it, bringing it to his ear.

"An Outbreak's been detected in our region, District A. Get your ass over here, now!"

"Huh? But there was one just two days ago!" Octane cried. "Why the hell is there another one so soon? There's usually at least a week between Outbreaks!"

"You think I know?!" Archon roared through the phone. "Enough complaining, just get over here immediately!"

"U-Uh, sure, but what about Miss Ivis and Finn?"

"Shit… I forgot you were with them… damn it, there's no time, just take them along! They got their armor already, right?"

"Perfect, I have their weapons finished already, just come to me! Fanatic's sent the location to your phone!"

"On it, boss!" Octane replied as Archon hung up, then put down his phone and turned to Finn and Iris.

"Welp… looks like you two will be getting your first job right now."

Octane raced up the watchtower, Finn and Iris following after him. Thanks to their synergy, Finn managed to avoid crashing into any walls and successfully made it up to the top.

Octane hurriedly smashed on the door at the end of a long, narrow corridor, the one leading to Kasfield's Outfitters.

"What is the hurry…" the aged man on the other side was confused, but triggered the mechanism anyway and let the trio out.

"No time to explain," Octane quickly said. "Can we use your teleporter? It's an emergency."

"Well… if you're takin' somethin' seriously for once, kid, that means it really is serious," Kas sighed and pressed another hidden button, revealing a different room beyond yet another bookshelf. "Go ahead."

"Thanks, I owe you one!" Octane dashed into the new room, then spun around. "C'mon, you two! Hurry up!"

Finn quickly ran as fast as he could down the hallway and into the new room, still carrying Iris. Together, the three stepped onto a platform with four sci-fi-like white and blue pillars surrounding it, a massive blue gem hovering above the middle within three layers of glowing hollow circles.

"Alright, you two, think with me — District A!"

Finn and Iris concentrated, willing themselves to be warped to their target location.

Several seconds later, they were surrounded by a shimmer of light, teleported across space.

In a flash, the trio found themselves within an empty alleyway, narrow and noisome from all the garbage littered around. A massive storm had appeared, shrouding the city in fog and rain. Everyone had retreated inside, unable to see a thing from the dense mist. Because this was in the slums, no cars were out and about.

Octane pulled out his phone and opened some sort of map app, then panned it around after zooming out. "Okay… got it."

Then, he tossed the device over to Iris, who caught it. "Read the map and go to the location on it! I'll head over first!"

Saying this, he suddenly pulled out a syringe of some sort from his other pocket and stabbed it into his right thigh, crying out as a black and green motorcycle suit suddenly materialized on him, helmet and all. His entire body was encased in a brilliant green glow.

"Alright… now we're talkin'," he laughed darkly and shattered the syringe in his now-gloved hand, cranking his head both ways as the tiny glass pieces clattered to the floor, forever lost amongst the rest of the garbage in this alleyway.

Then, he got into a running position and immediately took off, leaving behind nothing but the sound of wind and a faint green trail.

Iris nodded as she glanced at the map displayed on the phone. It was slightly difficult with all the rain falling down and blocking the screen, but she managed to do it.

Finn nodded in response. "Got it."

Finn could hear the sound of battle and the familiar dissonant screaming of the Ghosts by now, and he gritted his teeth in hatred. Driven by the dark anger in his heart, he picked up his pace even further.

In that moment, his mind was set on one thing and one thing only — eradicating all the Ghosts here.

"There they are!" Iris declared. The voice made Archon, who had a Phantom on top of him, turn his head.

"Goddamn it, kid… you're… finally… RAGH!" He gritted his teeth as he struggled to push back against the Phantom over him, trying to bite through his warhammer's pole like some kind of rabid dog.

Then, roaring, his whole body lit up in a bright orange glow as his strength increased, allowing him to hold the Phantom back with one hand for a brief moment.

"Here, kid!" Archon yelled and tossed a pair of fingerless black gloves in Finn's direction, along with a mainly white handgun and two packs of ammunition. "Take that and helped me out a bit!"

He quickly switched back to using both hands holding his warhammer as the temporary strength boost wore out, yelling in anger as he prepared to meet the Phantom's attack.

Iris immediately picked up the handgun from Finn's hands and somehow skillfully took aim and fired a bullet with perfect precision, while Finn was still busy putting on the gloves.

The bullet struck the Phantom directly in the head, sending it sprawling off Archon's body and over to one side as black blood leaked out of its wound. Archon, not wasting any time, hurriedly got off from the floor and smashed his warhammer into the injured Phantom's head, crushing it completely.

The Phantom spasmed a few times before disappearing into a cloud of black mist, drowned out by all the fog around them.

Iris let out a deep breath and clutched the gun in her hand calmly, completely unfazed by the recoil or the idea that she just killed a Phantom.

"Bloody hell…" Archon muttered, straightening back up and turning to Finn and Iris. "I owe ya one, girl. Where'd you learn how to shoot like that? Can't just be a lucky shot, seeing how composed you are."

"A-Ah, that's…" Iris stuttered, fumbling the gun out of her hands in nervousness. Finn caught it, luckily, having finished putting on his gloves, as Iris cowered behind his shoulders.

"Where are the others?" Finn asked, as he heard no sign of Octane, Storm, or Reaper.

"They went on ahead, chasing after a big guy," Archon said. "I was left alone, thinking I could handle the remaining Phantoms here, but then… I got caught by surprise. It was a foolish order on my part."

Suddenly, a noise came from Archon's earpiece, and he narrowed his eyes.

"Yes, boss. This energy signature… without a doubt, it is a Titan-class Phantom — the one leading all these Morphers."

"Fuck…" Archon cursed, then turned to Finn and Iris.

"Come on, we have a job to do. If there's really a Titan-class Phantom here… those three will get obliterated on their own."