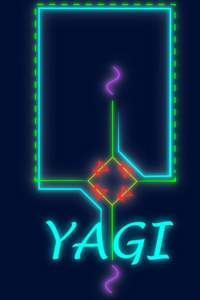 Zidanya’s eyes are on mine, gaze intent, face intent. My mana ticks down to two, in silence, and then it slows as she pulls just enough away from me to disrupt, but not break, the glyph being formed out of the paint running across both of us.

I want her to choose otherwise, because if she doesn’t trust me, if she makes me kill her, in a real way I’m killing Ash. Ash, whom I’ve hated as much as I’ve loved ever since she told me the truth and left me to live with strangers. Ash, whom I took no revenge on, because what good would that do me or anyone, but Zidanya is trying to kill me now.

I want her to choose to work with me because I want her, in a familiar, primal way. Because I want to dance with her again, this time without the lies and the fallback plans and the knowledge that there’s something in the magic she’s not telling me about. Because I want to fill my hands with her breasts, because even though all of the joys I felt being with her were manufactured and carefully wielded to put me here, in this position, they were still joys, and I want to bask in them still.

I want her to choose to work with me because she knows runes and glyphs, and can see the logic mechanisms in my orbs. I want to talk shop with her like I sometimes got to with other jumpnavs, to lose myself in the feeling of having someone there who understands. I want to learn from her, and leapfrog what she knows to find new knowledge, and see her leapfrog my discoveries in turn.

My mana ticks down to one.

Her voice is breathy and uncertain. There’s fear in her face, and doubt, and it’s the first time I’m seeing those emotions in her. I hate it, instinctively and deeply, and at the same time I’m soaring with joy and hope fulfilled. “Nothing.” My voice shows my giddiness. I’ve never been good at controlling my voice. “Well, nothing yet.”

The moment she gave her answer, two orbs slid out from under her hairpiece, slipping out of the net of magic that might have caught their effects and stopped me from killing her or disrupting what she’s doing, not that two little orbs like that were strong enough to disrupt magic of the density that she has going on. They wouldn’t have gotten caught, she didn’t account for how they could move and how closely I can control them, but there were a lot of things she didn’t account for, and that’s why I’m so happy, so happy I almost forget the next step. Well, the next three steps; for everything to go perfectly, the timing has to be … not perfect, but good enough.

Disenchant. Dispel. The two orbs are a blur of motion, weaving between frozen dancers and their clothes. I trigger the mote between my fingers, and I reach for the ambient mana of the ephemeral realm we’re standing in.

Cascade in five seconds, I think to myself. “Amber, vortex boost?” I let my voice carry. I can’t see her, she’s not quite in my line of sight.

“Adam.” Amber is there, my shining paragon, my lover, my sword and shield. “Where?”

Three seconds. “Intake glyph, dance floor, second spiral quarter-left!” The ambient mana is sluggish, and I’m straining against it. No, it’s not sluggish, it’s actively resisting, until Zidanya realizes I’m doing something. There’s a moment there, a flash of emotion on her face, like she hadn’t thought until this moment that I might have actually had a plan.

I hadn’t expected the resistance, but I hadn’t expected it to be easier, either. Amber’s grip on the ambient mana is fumbling and unsure, but my will slides into union with hers like hands clasping, and a vortex starts forming. Zidanya isn’t helping, and as far as I can tell it’s in part her will contesting ours, but I expected as much for the same reason I knew I’d still be bound by the Phantasmal Guide.

Zidanya moves, exactly the half-step I asked. Her hands are still on me, keeping the circuit completed. If I weren’t about to do something about that, I’d be worried, but the orbs are back. They’ve traced the entire rune; I was ninety percent confident where the fracture point I want is, but now I’m as sure as I can be, given that this is magic. Even with a fully-anchored wormhole jump, there was always still a margin of error. Even for me.

It helps that Zidanya stepped back.

Every mote I’d dropped, the motes I’d been condensing as we danced among the party, flares to life five seconds after I popped the orb they were linked to. They can’t do much on their own in a situation like this, because I can’t update their logic, but they don’t have to; they each have a target that was set when they were created.

Forty five minutes of dancing was enough to get 270 castings of [Imbue Mote], without anything increasing my regeneration and accounting for the mana I was trying to use to attune the environment to me. Motes don’t last long enough to stack up that high, and I didn’t know how long we’d be dancing, so I have only ten minutes’ worth, sixty motes, and all the rest was wasted mana, and maybe it’d have made the difference in attuning the ambient. Maybe not; can’t test the contra-factual.

The runic, meta-magic Empower doesn’t stack intensity. It’s a flat multiplier, and if you throw two casts of it at something, maybe the effect lasts longer, but I know it doesn’t increase it more and it doesn’t last for two spells. Amplify isn’t flat, though; my guess is that it’s some sort of power function, maybe 1.08 to the power of a level or thereabouts, and I’m looking forward to no longer having a curse riding between my Status and me so I can find out for certain.

Two thirds of the motes popped. Stepped on, leeched out, I don’t know exactly. I’ve got ten each of Amplify and Empower. You can’t use them on themselves, I tried that a while back and the result wasn’t pleasant, and you can’t use Amplify on Empower and get any real result.

You can use them the other way around.

Four tripled Amplify motes, I’ve got at least that, is, if my guess as to the math is right, a multiplier of somewhere between a dozen and fourteen; more motes of the same thing having a vicious diminishing returns cycle only makes sense, and the Amplify effects stack with one, singular Empower, which I have in spades. Orbs are a valid target for motes, if the orb was around when the motes were made and hasn’t popped and been recreated in the meantime.

One each of Dispel and Disenchant, compared to what Zidanya’s paint packs, is debris against armor.

With each multiplied by a factor of about forty-two, it tears through the magic stretching between us. I’m pretty sure that if I had set it up to use more orbs with a slightly smaller multiplier I’d get more mileage out of it, just on the it would be harder to pull off basis, but I haven’t tested that yet; either way, she screams in pain while my limbs go loose in relief, and the pain I wasn’t even noticing flees. The glyph she had made of us shatters, the bonds of the Phantasmal Guide with it, and I’m pretty sure the privacy shell is gone too.

“Vortex into the intake!” I say it out loud, but I’m pretty sure Amber already knows, and I’m very sure that even if she didn’t, I have us both in hand. There’s no resistance, no struggle; I wonder if this is what Zidanya felt like when we were dancing, and I banish the thought, no room to get lost in trying to fit into someone else’s head.

We’d done this once before, Amber and I, to fill up the metaphorical, or maybe metaphysical, tank on her armor. This wasn’t so much different as bigger; not going from drinking a cup to drinking a reservoir, but it’s a bottle, two liters, and this is fire and storm and loam and jungle, this is breathing in the humid warmth and hearing the buzz of the insects. This is -

- I touch a note of my own mana, and suddenly it’s not any of that. It’s a puzzle, an absolutely ridiculously complex puzzle, and one that requires every bit of focus that I can wield and more, but I have help and I’ve been solving puzzles like this in race-or-millions-die conditions for thirty years.

Storage fractals are input agnostic and output agnostic. They don’t actually contain any logic bits other than the extremely analog squaring function, which depends on the draw anyway; they’re just sort of osmotic pressure, only not osmosis because there’s no water involved and there’s no membrane to be semi-permeable. Collector glyphs are too, in their way; you can pour whatever power you want into them, you can pull whatever you want out of them, they don’t even have the little bit of munging that the storage ones have.

The rune Zidanya had drawn so carefully went collector-jump-storage, where the storage glyph was her and the jump glyph was defined mostly by our passage, the four-dimensional time-series of our dancing and of the power she’d presumably used to flesh out what bits we didn’t traverse; the collector, though was us. More accurately, the collector glyph was part me, part some sort of convolution of our Selves that was carefully not part of the flow of mana into her, and part was our bodies, serving as an anchor.

A stretch of paint on her, mostly on her arms and hands, has flash-boiled, or flash-burned, or something. I’m severed out of the collector glyph, but the mana vortex has touched down into the intake of the jump glyph; it’s self-sustaining, or at least it will, the vortex will that is, be sustained by the draw of the jump glyph so long as Zidanya needs the mana.

Collector glyphs barely have any logic in them, you see, and neither do storage glyphs. It’s the jump glyph that the rune actually runs on, and that hasn’t been touched.

The Temple’s mana surges into her, and she screams.

A note from Pastafarian

As always, if you want more of this, review/rate 5 stars! If we hit trending, I'll post two chapters a day for a week.

Advance chapters, feedback, and possibly discussion? I have a Discord: https://discord.gg/XXNDX96Kfw

Bio: I write code for a living. I write fiction for... probably the dopamine.