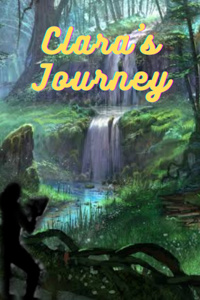 "Isn't it better if I had never been born if my life is just full of suffering?"

Clara was born with a weak constitution. For most of her life, she lived in a beautiful cage called home just with her father. But as if her suffering wasn't enough, her father who left for adventure, never returned.

She is desperate to die, but an unknown entity, Raph, ends up changing her life, forever.

A 3d entity that seems to be forced into a 2d world, that's how Clara describes the mysterious being called Raph.

However for some reason, that almost omnipotent being can't fix Clara's weak constitution and instead, he gave an elixir that can prolong her life.

After being tricked, ahem, convinced by Raph, Clara decided to embark on her own journey.

After finishing her training and get used to her cheat, Clara begin the journey to her first destination, the Heroes City of Denia where she would join the Adventure Alliance. However, an incident occurred in this city and she was caught up in it...