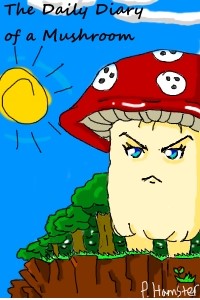 The Daily Diary of a Mushroom

This will be my first attempt at any kind of written novel or story, I have had a lot of ideas and tried writing some but realized they were too big in scale or too difficult for a newbie. So after thinking about what I could try for my first attempt, I came up with this. The premise is quite heavily inspired by Re:Monster (also more recently Re:lovely) and many other resurrection web/light novels.

Overall:  I love this story, mostly due to the characters and the style. but also for the quality of the writing itself. The author has a talent, a talent to write descriptively, with out burdening us with a whole paragraph about what the spoon the MC is holding looks like.

Style: Borrows the RE:monster format, of using a diary like day by day system, with a reincarnated human, who has some kind of advantage over all normal monsters of her birth type. It is a good literary style, but with the original content, it is so much better than a simple clone

Story: The premise of the story is a completely unique one.  It might not be One-of-a-kind, however this isn’t just a clone of a story I’ve read before. The story is fresh and lighthearted in the beginning, something most fictions on this site seem to do the opposite of.

Grammar: The authors grammar is quite good, absolutely no mistakes that make reading difficult, and the few typos he has, when pointed out, get fixed ASAP.

Character: The characters of this story all seem like real people (if real people could level up and evolve on the spot). My one complaint about the characters would have to be that, because of this depth of character in every character, it becomes hard to remember the tiny details of the sometimes single or few times seen characters.

I absolutely love it!

Ok so i saw this and thought ehhh but once i started reading it got really good..... anyway my advice is just keep doing what your doing i love your story..... btw umm just a suggestion if you dont have it all planned out a poll for evolution might be interesting.... dunno just a suggestion but every you have done is great so you don't really need to do a poll xD

Thank you, hope it goes well

When i first found this website years ago, the first novel i read was Re:lovely, and even with its abrupt ending/abandonment it has remained one of my favorites.

As the author notes this is heavily inspired by it, and shares many similarities ( though i hope you can hold back on the full blown smut ), to anyone reading this, if you enjoyed the afformentioned than you will probably enjoy this ( though its early days still, with only a handfull of chapters released).

Anyways, just thought i would leave a review to let you know that i am enjoying this novel, and i hope it goes well. thank you :)

I nwver named the review.

Been loving the story, reminds me so much of Re:Lovely in a way and Re:Monster naturally, if you enjoyed either of those two storys you'd probably enjoy this
I'm not giving a proper Review.

Gonna level with you, both reader and writer

Written as of chapter 30's release

I really like this story, but it leaves me a little dissapointed

While it's called the daily diary of a mushroom, the main character only stays a mushroom for the first few chapters. The main character's goal of having arms is achieved by her second evolution, by how much it was mentioned I thought this was gonna be an active problem. I was really hoping that she'd be like super powerful and peeps would be like "wow" and she'd just be sitting there silently crying because she still doesn't have arms.

In the story so far, it's been building up to a massive showdown that the main character has to strengthen herself for- I was really hoping she'd help beat the thing and that's how she got arms and everyone's like super beat up and she's just in her own world rejoicing because she has arms finally, but whateves- but it doesn't look like she's gonna be strong enough in time, and that worries me. For 1 because it almost seems like the author has nerfed her in a way that now, in order to be strong enough for the desired end, they're going to need to pull some deus ex machina shiznit out of their butt in order to get her strong enough. For 2 it also feels like the story doesn't have a set plot, that it's just going where it's going with only the end in sight, and that can be dangerous for continuity and engagement as well as just writing the story in general.

She's supposed to be super beautiful but I can't really wrap my head around someone seven and a half feet tall with weirdly spotted hair being "beautiful", maybe otherworldy, or startlingly attractive, or etheral or something! but I just can't picture her as beautiful, especially not in the latest chapters where she has bark for skin. Bark isn't pretty. So that's a little weird for me, but not major.

Levelling seems weird, the way stats work is confusing. I mean, I can understand, but it's still hella confusing. I wish it was just straight up, these points mean the same thing universally, but whatever, you do you boo, I'll suck it up. Also it seems like Alvir is destroying the ecosystem where ever he goes judging by his leveling even in areas where nothing would allow him to level so easily.

Given this is a day by day thing, you're doing a great job author. Day by day can get boring especially when they're on the open seas or just travelling, and yet you've found ways to make it more interesting and enjoyable for the reader, kudos to you. There's also a lot of plot going on, like a lot, with the dreams of other lives with their plots and the plots currently happening- as in the major plot of big showdown, to the background plots of the light elves, to the mc's plots of levelling and ally grabbing- it can get a little overwhelming. This is both a good and bad thing to me, because other words to describe it can be "intense" or "thrilling" as a reader is trying to piece together what it all means, but it can also be exhausting.

Also, I think I already know what's going to happen AFTER the big showdown, the author's foreshadowing is as blantant as a road sign. But foreshadowing is hard to I'll give them that, thank you for trying. I guess it's not too obvious as it's never spelled out, but I think it's pretty clear at least. Hopefully I'm wrong, that'll be a damn fine twist.

Anyway, keep up the good work, overall I liked the story a lot and I hope to see it be updated soon!

Only on CH 11 but this is really good. My only request is that you write more as there are only 26 CH out right now :) I'm hoping to follow this story for quite a while.

An amazing read, I’m sad the author went on hiatus and hope this picks back up soon. A few twists and turns, a solid litrpg with a bit of a unique take on the reincarnation system.

I don't have anything negative to say about your story I really like it.

The only thing I would like to ask for is more use of her magic since I think it would have helped her in her fight with Ekri. Also GET MORE WOLVES!!! But really please mor doggies.

by BlueSpider Thursday, December 28, 2017 3:12:52 PM
I love this more than re:monster. My only criticism is only its kinda slow pace for me. Tbh the pacing is great but i just love fast paced stories. Still, this story is amazing.
Report

The story is very good, but the first 3 or 4 chapter are hard to read. After that it goes a lot better. So endure