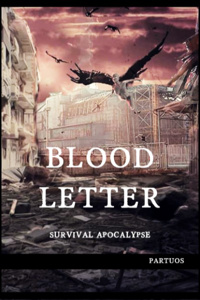 As the world comes to terms with a global pandemic, it's inhabitants are dealt a much more devastating blow when bloodthirsty creatures begin randomly appearing.

It's survivors struggle to adapt to the new world order, and humanity discovers abillities that will allow them to do so. Bloodlines, from creatures thought long lost, begin to manifest.

Parv Timothy Holland's original plans as a web developer have been thrown out of the window. Forced to rescind his resignation, he consigned himself to a job at the monotonous aviation complex.

Now monsters are abruptly appearing in the streets, with green little devils, the toilets.

And none of them care what he does for a living.

Parv, with the rest of humanity, is forced with a decision: