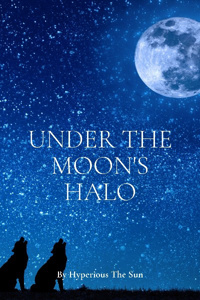 Under the Moon's Halo

Arcadia is a world where physics isn't the only thing in control and can dictate what happens. With gods, monsters, and magical beasts walking around, one miss-step could lead you to your doom. That is of course if you are a mortal.
To make matters worse powerful mindless beings known as god hunters are on the loose.
Ayra is an expert on such matters as she grows up in such a dangerous world. Though as a princess she's probably better off, than most unfortunate inhabitants.
Follow her as learns more about herself in a world where gods, monsters, and magical beasts aren't just legends, but beware when you sleep at night.