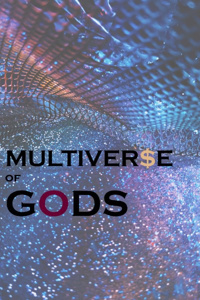 The smartwatch was incredibly comfortable despite it’s seemingly basic appearance, and conveniently, it rang for the first time during his lunch break. Well, it was more of a notification than anything.

It was even marked on the map, and cleverly synchronised to his smartphone. Seriously.

For magic, he certainly didn’t expect it to be so well integrated into modern living. But then again, if the Great Contract really was the foundation of the world, and this world was something he had a significant hand in creating, it did naturally mean that the Great Contract was part of all the electronics and internet that they used today.

The location was nearby, in the back alleys of one of the office buildings near Dylan’s company. There was no one, but once he got near, there was another beep on his smartwatch.

‘You are approaching a Class F rift. You have not updated your combat settings.’

“Combat settings?” There’s combat. Well, of course there was, if it’s real, he's sent probably thousands of unwitting souls to other worlds for deadly combat. So how do I...

‘Combat Setting synchronising. Downloading personality profile. Synchronising to rift type. You have been automatically classified as a Summoner. Scanning summonable-companions. You may change your settings once you return to your home. Entering Rift.’

At that moment, a black flash washed over Dylan’s surroundings, and suddenly, he wasn’t in a back alley anymore. The environment changed to that of a large grassy field, but the sky was pitch black. Then, a hole opened up in the sky itself, and revealed three large giant ogres. They were massive and were each twice his height.

‘Do you wish to summon your companions?’

Dylan panicked as the three ogres rushed at him. He felt truly horrified at the monsters that charged at him. He shouted. “Yes, of course!”, and then ran backwards, only to discover that there’s nowhere to run, unless he ran into the darkness.

There was a flash, and then, two beautiful ladies, one a knight in beautiful gleaming armor, and another, a witch with black hat and a massive magic staff. The knight activated a magical shield that created a barrier. The ogre’s clubs slammed into the shield, but it held.

Dylan, by this point, was sitting on the floor, trying to get back.

The witch held up her staff, and then massive chunks of ice appeared in the sky. It fell, and crushed the three ogres instantly. They splattered, and then disintegrated into nothingness.

The darkness twisted again, and this time, a red ogre walked out. It had a big club. It was angry and it roared. Somehow, Dylan felt so afraid that he couldn’t even look at it and covered his eyes.

The knight quickly got into position, between the ogre and Dylan. The witch muttered some chants, and her staff glowed. The red ogre charged.

Smaller ice shards appeared and slammed into the red ogre. It made cuts and bumps, but the red ogre’s charged regardless.

The knight muttered a chant, and she glowed in a faint light. Then, in a swift move, she shoved her shield at the ogre, and slammed into it. Her entire body glowed, and then her sword started cutting. At this moment, the witch also started muttering a chant, and more ice shards slammed into the ogre from behind. Ice also appeared from the ground itself, and locked onto the red ogre’s legs.

It struggled. But this was all the opening the knight needed to land multiple cuts. Each cut caused her sword to glow a bit more, and then on the 20th cut, a flash of light, and the red ogre’s head was dismembered.

The fear that washed over Dylan vanished, and so he finally opened his eyes. He saw the two beautiful ladies that saved him, the knight and the witch. They were from Agea! The exact same model. They both knelt, not a word was said.

‘Rift completed.’ A notification on his new smartwatch. ‘Exiting.’

A flash, and he was out. “Darn it I wanted to have a longer look!” He had never seen full-sized versions of the Agea characters! He was out, and he was in the alley again. Not a minute passed.

“The fuck.” Dylan experienced a mix of emotions, from fear, to joy, to excitement, to confusion. Fear, that there are monsters like that, and he was so helpless! If it was not for his summoned minions, he would’ve been dead! Didn’t the Great Contract say he couldn’t die? No, wait, it didn’t say that. It just said that he wouldn’t die from normal means.

Joy and excitement, because the knight and the witch were so real! So beautiful too! He had never imagined the day would come that he would see real versions of characters! Seeing them through the monitor and with his own eyes was really different, even though he could quickly recognise the similarities. Confusion, because what did all of this mean? What was a rift?

‘You have completed a defense mobilisation. Your quota has been fulfilled for the rest of the year. Awarding mobilisation rewards. Rewards can be checked once you return home.’

He sat and thought about what he experienced over what’s left of his lunch break. Still, rather than head home, Dylan went back to work.

Home. The moment he reached through the door-

*ding* A notification on his smartwatch, and a message.

‘Rift rewards received. 1 health potion. Click on your smartwatch to access your rift inventory tab. These items may be withdrawn for use in any rift.’

Bummer. He couldn’t even take it out in his room. Why did it need to get home for him to be notified? He turned on his PC as usual, and noticed a string of notifications.

‘Home is currently your designated safe spot.’ He was pretty sure the Great Contract was watching him. He scrolled down on the interface, and read the rest of the notifications. They were mostly mundane stuff, like new assignments, new candidates, divine energy income for the week and so on. Nothing much, so he went back to his bed.

He rested on his bed. “If all of this is real, what should I do to make the most of it? No, what do I want to do with this power?” The power was mostly useless in the real world. No. Earth. The other worlds are real too, but it’s just Earth is a mostly magic free world.

That wasn’t correct either. He could trade with the Great Contract, and it made him jump out of bed and back to his computer. He clicked on the ‘Trade’ Option, and noticed there was a massive marketplace. He noticed that the Great Contract itself was marked differently with a different frame and identifier. It was pretty much a trade forum.

Everything was denominated in ‘Divine Energy’. It is a currency they used to buy things, and everything was expensive! The cheapest thing was at least 30 DE, for a weird metal that he wasn’t sure how to pronounce. He checked his indicator, he had at least 1,300 DE.

It’s hard work! Each challenge earned only 30-40 DE! Maybe some day he would be rolling in DE. No, firstly, how did he increase his rank as a ‘god’? He’s a minor god now, but what did that mean in the relatively speaking? How strong were the other gods? No, how strong is the Great Contract?

Dylan laughed at how even though this was real, it resembled a game. But, what did he want to do with his new power?

This was a question that lingered in his mind, and he sat, and then rolled on the bed, walked to his fridge and drank a beer, and wondered to himself. “Great. I’m a god. I have a world that I created. What else should I do?”

He sat back down on his PC again, and saw a chat button with ‘The Great Contract’. He asked.

“Yes.” Dylan cursed to himself. He could still die. Gods aren’t immortal.

“How do gods get stronger?”

“Mostly depends on the Fate System. Conventional methods are growing their own worlds, expanding their number of followers, sacrifices, worship and other acts of prayers, acts of greatness, discovering unknown worlds, stealing it from other gods, trading with other gods, and completing special Fate System missions.” The response back was swift.

“Do gods fight each other?”

“Very rarely. Battles are often conducted through their avatars or their champions. Gods that are part of the Pact are all busy with their own worlds to manage, and the millions of battlefield worlds to conquer.”

“How does one become a god?”

So why did the Fate system make him a god?

No answer. Nothing on the notifications either. He remembered the fear of combat, and realised, well, he wasn’t the type to fight. He would prefer to let others do the fighting. In fact, growing his little world made him really happy, and if he could help it, he would rather not risk his life. No, scratch that, he wouldn’t risk his life!

He clicked on Agea and looked at the small growing world, and realised he liked this part of it. If he was a god, he’d grow and build something awesome. Destroying stuff is ancillary to the process of growing and creating something nice.