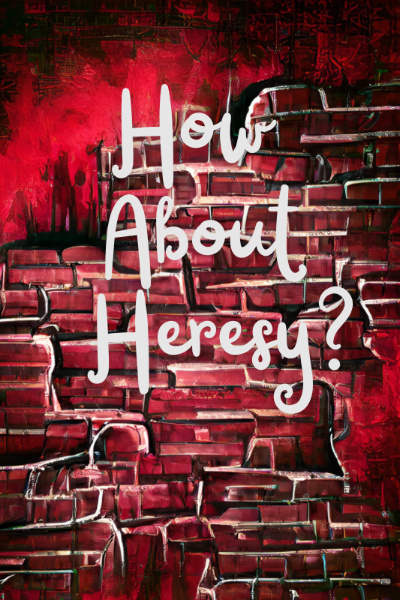 Jeffrey's a guy who's most certainly a heretic but likes to believe he's not.

Though, being a villain, there are many do gooders that'd like to exchange a strong word— or rather fisticuffs with him.

Doing the deeds of villains, he places his own strange lens of justice over it, all the while, being an absolute fool.

How will Jeffrey fare against the might of the good?

"You tryin' ta shill me heresy?"

That's absurd why would I shill heresy? I'm not a heretic godsdamnit!

In a realm of heretics and apostles alike, what to do? Well, I'm not sure of that myself. Though I have a feeling joining a cult may not be the best action...

"No way. Are we being clapped by the power of friendship?"

- This is mainly a comedy, so it ain't as dark as you think it'd be despite the numerous mentions of cultists, heretics and murder...

- There isn't going to be any face slapping scenes.

Grimderp of the highest order

Do you like protagonists who are definitely the bad guys, antoganists who get flashbacks, and b r i c k?

Try this, in one moment they're commiting war crimes, and the next, forgetting that they just committed war crimes.

Actually though, How About Heresy is delightfully manic, scatterbrained, and definitely all over the place. But, it's really funny.

Just don't think to deeply about it.

Reviewed at: Chapter 53: Master of Cryptography

this amount of sarcasm and black comedy...

Idk what that says about me, but great I recomend the fic