The first of the Writathon chapters!

Thanks for all the things.

No windows. No lights. No doors. No escape. No smell. No sound. No release.

Rough stone met his questing nose. His paws, scratched by the rugged floor, splashed through shallow water and the scent of damp bloomed beneath his nose. Even as that first scent bloomed, another reached him like a rolled magazine to his muzzle. Blood.

The sound of water, gentle waves washing against one another and over something partially submerged. The water was colder than ice and his paws ached with every step. Stinging pain seeping in and working its way up his legs.

The smell of blood grew more and more intense as he padded through the shallow water. Dull light the color of raw meat flickered to life in the distance. As the color washed over the shallow water, he could see the blood bloom around his paws with each step. The disturbed water lapped against skulls, like small islands in the ocean. The crisp yellow-white of the skulls was highlighted on the long fangs and empty eye sockets by dried blood.

A wind, like ice, blew across the shallow water, leaving white crested ripples in its wake. As it blew over the skulls, it whistled. Whispered.

Need to stagnation will lead

Love a chain upon the ankle.

Before choice is taken

Must be stopped at the source

He lurched to his paw, breath caught in his throat, lungs burning.

His heart thundered, rampaging out of control.

His Man scratched gently behind his ears and the touch brought one corner of Lobo’s lip up in a silent snarl before he recognized the scent. His Man was speaking, though the words were nonsense, the tone was an attempt at comfort. Really, the man had no clue what was coming, none of them did.

Lobo sneezed and his Man turned away. The alert was called and chaos ensued. The red husky fulfilled his duties, but no more. He could still feel the dream washing under his fur, setting it on edge. He gave himself over to a shiver and shook his fur out. Despite the summer weather, an icy breeze blew through the dooryard as the skitterings smashed into the fence.

By the time the battle was over, Lobo was already heading for the Shattered Hill. The coyote dennings. Coyotes. Lobo chuffed out a breath as he approached the crumbling sandstone. The gentle susurration of the waterfalls that meandered from one sandstone outcropping to another reminded Lobo of his dream.

The wound, bleeding, must be stopped at the source.

The pond at the base was filled with ripples and motion. The five coyote pups rolled and wrestled at the pond’s edge, watched over by the pack’s juveniles. The red husky settled down amidst the coyotes. They sniffed at him, but left him alone for the most part.

Lobo watched Lucky’s arrival with Girl and then the rest of the dogs. They discussed classes and skills and the red husky paid close attention, his icy eyes flicking from one face to another as they spoke. He waited until the last of the others had given Lucky the information for their classes, some of them had even left before Lucky called on Lobo.

Lobo rose slowly to his feet, his steps measured as he approached. Deep in his chest, heart felt chilled, like some icy beast held it in a tight fist. The border collie was giving him a strange look as he sat before Lucky.

“You said you were offered a class,” The multihued dog said, his eyes searching his friend’s face.

“I was.” Lobo answered. His eyes, barely brighter than a pure white, slid away from Lucky’s and studied the much bigger dog. He was always a simple dog, Lobo mused. If you had told me a week ago he’d have a dozen dogs, thirty coyotes, and dozens of humans following him, I’d have told you that you were insane.

Lobo was quiet long enough that Lucky’s expression turned puzzled. “Are you alright?”

He’s strong. Is that enough for what’s coming? What is coming?

The red husky’s masked face wrinkled into a frown. “Are any of us?” He tilted his head to the left. “What kind of question is that anyway? All right? How can anyone be all right?”

Lucky’s copper eyebrows drew together over his pale eyes, he opened his mouth to answer, but before he could Lobo spoke again. “It doesn’t matter. We’re all wrong anyhow.”

“I’m not quite sure I understand what you mean.”

“Of course you don’t. You’re just a dog. You only see the treat in front of you.”

Lucky’s head jerked back almost like he’d been slapped. “We’re planning for the future. For tomorrow’s treat.”

Lobo shook his head, a very human gesture. “No. You’re not. Not how you should be, anyway. You’re thinking about this place like it holds all the tomorrows.”

Lucky’s eyes flicked from one dog to another before focusing again on Lobo. “Isn’t what what we should do? Make sure all our tomorrows are safe here?”

“I’ve told you already that if you let the humans have everything, you’ll be stuck with whatever choices they make.”

“That’s why we’re working the way we are.”

“No. It’s not working. They don’t have any faith in us, they doubt our leadership, and worse they will fight us for control before much longer.”

His expression was grave as Lobo replied, “They’re humans, aren’t they?”

Lucky growled a little, the sound so deep it was felt more than heard. “Humans aren’t all bad.”

“I could show you how bad they can be.” Lobo’s voice was dull and sterile. Emotionless.

“What about your Man, Lobo? He’s human.”

“We all think that our Men and Women are infallible. It’s the nature of Dog.The failings of humanity are incalculable, yet still we love them. They prove time and again they are unworthy.” Lobo’s eyes obviously traced over Quigley and Axel. “Still we love them. Dogs are loyal to a fault, but there comes a point when we must recognize that fault.”

“What the heck are you talking about?” Lucky said, rising to his feet. “Our people are good people.”

And he was silent. For so long everyone started to lean toward him, waiting for him to speak. When he spoke, his voice was deeper, thicker.

Need to stagnation will lead

Love a chain upon the ankle.

Before choice is taken

Must be stopped at the source”

No one was leaning forward anymore by the time he fell silent.

“What’s that supposed to mean?” Girl asked, her voice thin like a whimper.

“It means what it means, Girl.” Lobo answered, climbing to his feet.

“You never said anything about your class.” Lucky tried to change the subject.

“I don’t think I will.” Lobo’s voice was flat again, without humor. “I will say one more thing.” He paused, meeting Lucky’s pale eyes again.

“You cannot grow by standing still, Lucky. You cannot thrive by stagnating. I will be plain, Lucky, for you are still a dog. You look at what is in front of you and you don’t think about what you will eat tomorrow. You are Chosen. If you choose to ignore that, you will kill us all.”

He turned his back on the dogs and the coyotes and he walked away. No one said a word. 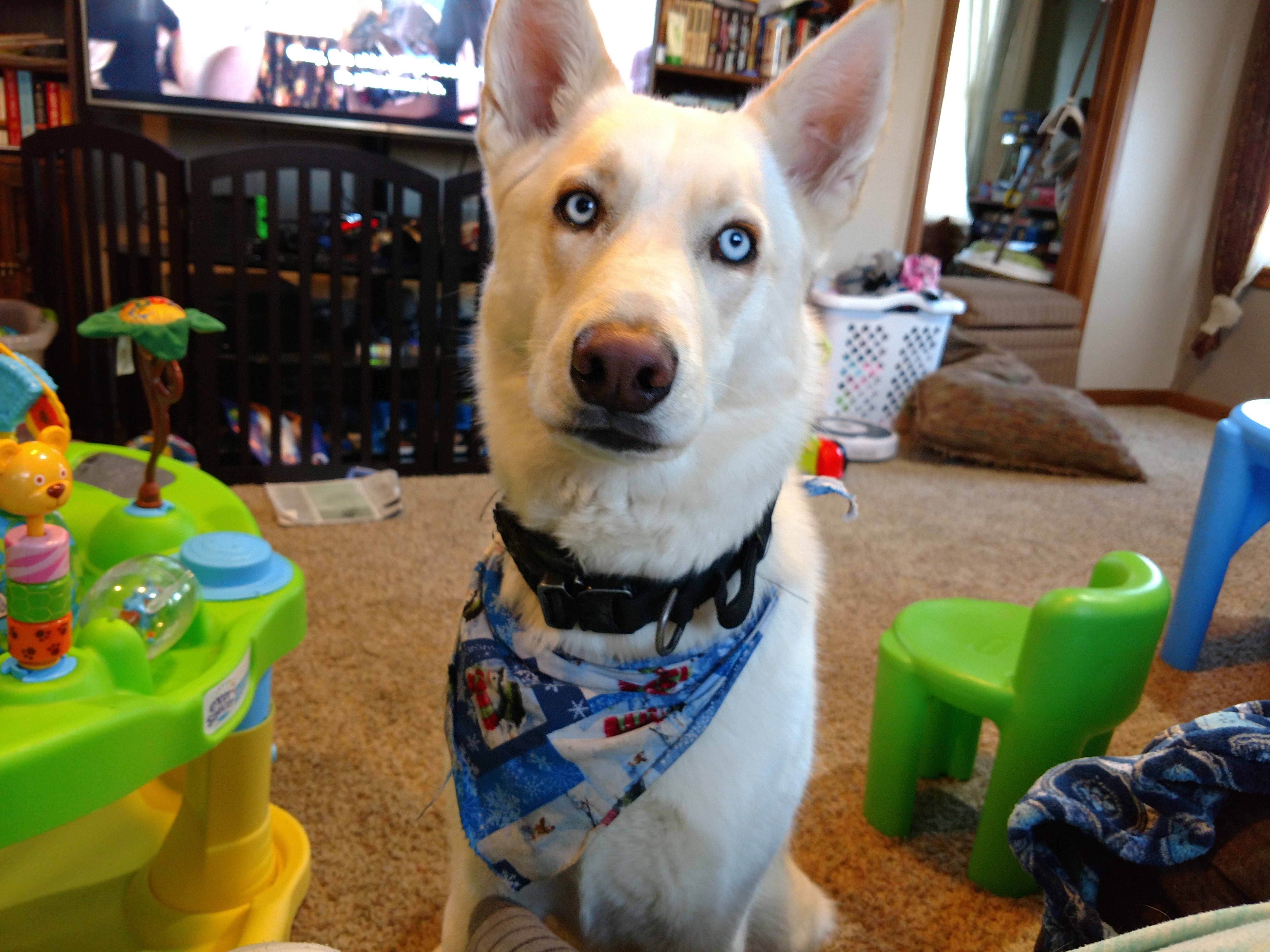