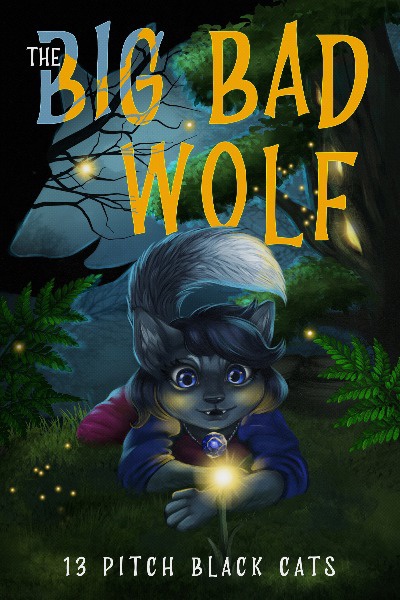 Sometimes death is only the beginning of a new life.

A mysterious entity granted a person who had just died another life in exchange for required services. Mistakes were made, and our reincarnator ends up in an alien body in a strange world. But with her new body, there are perks and drawbacks. Can she complete the job she was given? Maybe, but first, she has to survive childhood.

Which is more potent, the willpower of a former life or the primal instincts of her new body?

Follow this story of a wolf girl in a fantasy world full of fantastical races and just as fantastical people.

Time has passed, and our heroine has settled into her new home and family. Time for her to learn what it means to be a beastkin. For better and for worse. After all, she is going through the most important time in her life.

War is coming. Our little heroine is all grown up and a knight for the kingdom. She is given her first task as a knight and soon she finds herself in a situation nobody should ever find themselves in.

Cover designed and produced by MiblArt.

I can't do Titels

Reviewed at: 24. Playing with dirt.

Im not exactly good at writing reviews so I'll just throw out what I think of this story.

The introduction is a fairly standard one for story's with a reincarnation theme, so no surprises there.

I like that the beast-kin aren't just humans with cosmetic items like a tail and animal ears, but instead have actual differences that reach from dietary needs to being digitigrade and even some mental differences like harder to control emotions.

The other characters and their interactions with Lucia are pretty good so far, although I'll have to wait and see how character progression and progression of relationships/friendship is handelt since the current ones persisting for to long will definitely get annoying.

I can't say much about the story itself since not much has happened yet except the introduction and Lucia getting set up in the orphanage. But I hope that it will get going a bit more now that all the set up for here being where she is, is done.

The grammar is pretty good, I did notice some mistakes but none that really interrupted my reading.

The Adventure of a Wolfgirl

It is a really nice story the characters are lovable and have different motivations that is making things interesting. The Isekai part is very good executet and its one of the few novels that didn't skip the early phase. Im no native English speaker so i can't and won't judge grammar.All in all a good stoy and i can't wait to read more. (It was really a good point for a review 😉)

My first update of the story after I read all the stockpiled chapters:

the story and characters are developing nicely so nothing complain there. The story so staying on the classic fantasy route but the charakers and there flaws are really hooking so u cant stop reading. One improvement i had is that u could tell how long the bigger time jumps are like "after 5 years" or so. It's a bit distracting when timeskips are going over a few years and u dont know the age of the charakter because the story is centerd around the MC development and her development. That is the reason the Novel only gets 3 out of 5 in style score.

Hope we see more of the wolfgirl with the cutest anger disorder. ;D

Great stuff. I'm very happy to have found this.

The main character spends the majority of their time deeply uncomfortable with themselves and it makes for a deeply imersive story.

The dramatically awkward family moments are a real hook aswell.

This is an odd story. Normally, I would get through 10 chapters of a story like this, call it a day, and write a review. But there's something oddly compelling about this that had me catch up all the way to chapter 37. Which, well, is odd, because there are certainly a clear number of criticisms I have of the story that readers may want to consider.  That said, for people who enjoy this subgenre, this is probably a fairly good entry.

For starters, let's begin with the premise of the story: a neuro-divergent (in this case, with anger and self-control issues) orphan struggles in a new environment/orphanage. A pretty straightforward story and that is told somewhat well enough.

One issue I have with the story though is that it's wrapped up in one or more framing devices that confuse me. First, it's a reincarnation isekai. That's common enough, but given that the raison d'etre for the isekai is mooted in the first few chapters, and the prior life knowledge/experience/maturity is mostly irrelevant or ignored, I'm not at all clear why it's used as a framing device. Second, the story is framed as a gender bender because the protagonist was male in his last life and is female now. Given that the story is mostly focused on anger/control issues and the worldbuilding, there's hardly enough time to actually deal with this soul inhabiting a female body, and it ends up distracting when just writing it as a non-gender bender (but still female lead) would have been fine.

On another point, through the first ten or so chapters, the writing style is pretty rough. In particular, a lot of the protagonist's internal monologue is extremely redundant of what has already been showed to the audience. And, in a few places, something happens, one character comments on it, then the protagonist comments or internally monologues about it; that triple threat is tedious. That said, the writer gets away from this eventually and the writing style improves significantly.

As a warning to other readers, this story might be considered a tragedy or dark fantasy. A lot of really terrible things happen to the protagonist. Incidentally, a lot of this is caused by the ostensible "good guys," the people in charge of making sure the orphaned ward is taken care of. It's really tough watching it happen to her and makes me rightly furious at the "adults." Incidentally, I think there's historical precedent for some of those terrible things, but doesn't make it less difficult to read about.

Okay, except for the bit where the "doctor," who's a bit of a quack, pulls out ALL of her teeth with a pair of pliers. Pretty sure the only historical precedent for that is a torture chamber.

Speaking of maturity, the protagonist is a 4 year old child. And while there's some flex in terms of maturity and physical capability, there's not a lot of hewing to the ordinary capabilities of such a young child. Likewise, the protagonist has amnesia, though this doesn't seem to be treated consistently by the story.

Another aspect that makes the story uncomfortable to read is the inadvertent justification for fantasy racism. The protagonist is a wolf beastkin and a lot of people either freak out in panic at seeing her or are extremely derogatory towards beastkin (e.g., they can't be civilized, they're mindless brutes, they're dangerous). The problem is that the protagonist actually has anger and self-control issues, and even though she's upset by the stereotypes leveled against her, because she has a lot of trouble with anger and self-control, a lot of these stereotypes end up being inadvertently justified/reinforced. And while some of the anger/self-control is slowly being dealt with, I'm not really sure whether the way it's handled has nipped that racism in the bud. All in all, those aspects of the story are super uncomfortable to read about.

Reviewed at: V3.10 The resemblance is uncanny.

The characters are what really bring this to life. MC and side characters have desires, goals, faults, idiosyncrasies, etc... For the most part, they feel like real people. The premise is also pretty interesting, makes me want to find out how the MC is going to deal with everything. Already the MC has made a decision I truly did not expect, and it was executed well.

I really like how the MC struggles with their new identity and impulses - it makes for a very realistic/relatable inner conflict, while simultaneously driving the plot for some time.

No significant grammar/style issues, which is very important to me - such things completely ruin immersion when they're present, and the fact that they're not there also shows the effort put into the story.

The only thing I can personally think of to improve this is information on how the plot is affecting the rest of the world/country, as the lack of this information makes it a feel a little like the typical "everything revolves around the MC's presence" trope, even though the story isn't like that. Maybe just an interlude or two focusing on what's happened in other places.

Here's some filler since Royalroad wants me to put in a few more words.

A great story with an relatable cast

Reviewed at: 27. The start of a special day.

The author does an amazing job giving insight into the MCs mind and adds a ton of realism to the story through glimpses of daily activities and character features that the reader can empathise with while serving to highlight the MCs beatskin nature.

Truly a wonderful story and I'm really looking forwarding to seeing where it goes!