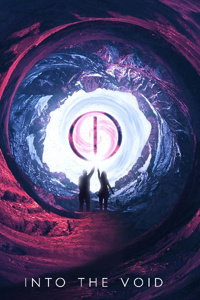 12) Sayuri vs Katsu! The true power of shadow!

_Satomi defeated Magnus without making that much of an effort since she's his natural enemy of course! And now it's time for the last match of the first rounds. Katsu and Sayuri come down to the battlefield. Satomi is now sitting next to others. As for Magnus, he went to the infirmary to heal his burned body 😅._

-Yagami: I'm going to help Magnus with his wounds! I'm leaving for now.

-Reina:Of course she did ❤. She gave it her best!!

-Nobu: Nah she didn't! The match was pretty easy for her.

-Reina:Every one quiet down 🤫🤫. The match is starting!

_Katsu summons his bow and fires multiple wind arrows targeting Sayuri. Giving quick shots of shadow bolts to counter his attacks, Sayuri creates dozens of shadow hands and tries to catch Katsu using them. However, he creates a towering tornado 🌪 that absorbed all the shadows and nullified their magic. After that, he flies away then he swings his bow several times and creates some wind slashes. Unfortunately for Sayuri, even though she tries to dodge his attack, the slashes were faster than her so some of them hit her successfully! Then, catching his chance, Katsu flies directly to Sayuri when she's still out of balance. And the surprise comes. When Katsu tried to attack her with his arrows, Sayuri suddenly disappeared 😐. Then, she appears right from his shadow and somehow blocks his movements!!_

-Reina: Was it an invisibility skill??

-Nobu:She did using her shadow powers. She absorbed her body using her shadow then teleported to Katsu's shadow. As for the reason why he can't move. She did as well by taking control over his shadow.

-Reina: How did you find out so easily 😳

-Nobu: She told me. I'm not that much of a thinker.

_Sayuri makes another shdow hands come out of Katsu's shadow and Catherine him tightly. Then she takes some steps back and starts generating a huge amount of mana in her palms._

-Sayuri: (Now then, generating all of the mana inside me for an instant. And using all of it to enhance my shadow bolts.)

_A huge bolt of power that is way greater than her normal bolts appear._

-Sayuri: Be hold, the true power of all for one. CHAOS BOLLLTT!!!

_She targets Katsu with it. And since he's unable to move, it hits him with no mercy and blows him away. After this strong attack, Katsu tries to stand up and continue the fight. But he finds Sayuri right in front of him and generating a shadow bolt in her hand targeting his face._

_So it's settled 😌. Sayuri defeated Katsu._

-Katsu: So we really shouldn't judged a book by its cover. Thank you for this fight 😁

-Sayuri: Thank you too 😊. That was pretty funny 😄.

_Nobu switches with Katsu then catches Sayuri and puts her in her place._

-Nobu: You know how I did it though. Anyway! Good job 👏pipsqueak, that was pretty 😎.

-Sayuri: I know that I'm a strong woman indeed 💪.

-Shinso addressing to all the people in the stadium: And now like this, all the first rounds are completed 👌. For the first match of the second round, we have Nobu vs Reina. Please take you places !

_Nobu switches along with Sayuri to the location of their friends. And then he exchanges some looks with Reina and says while smiling._

-Nobu: I hope you're ready to get hurt. I've changed after all 😏

-Reina: It's right that you've changed the most between all of us, but I'm still stronger than you 💪!!!

_After that. Nobu and Reina get down to the battlefield. They hold their weapons and burst to each other. They started exchanging a good amount of sword swings. Reina finds a little bit hard to keep up with Nobu's sword attacks since Nobu has a higher raw strength and speed. Nobu takes his chance and uses Overpower. However, Reina didn't let him inflict Overpower on him more than once, so he creates some invisible stairs and walks back. Guarding the necessary distance, Reina unleashes an arcane barrage directly to Nobu. Nobu switches with the air that is next to Reina. Actually, Reina was waiting for him to do this move, so he cloaks his katana with arcane and tries to attack Nobu like this. However, Nobu switches in the exact same moment with that arcane barrage._

-Satomi: Wait a second. Why did that barrage just disappear????

-Reina: I can absorb my arcane powers you know. Thanks for recharging my pure power Nobu.

_Reina holds Nobu's hand and throws him to the sky, then he walks with this invisible stairs and attacks Nobu with arcane powers and they did attack him this time. After waiting for Nobu to fall down, Reina surrounds the area with his arcane power and slows Nobu's movements. But Nobu didn't stay with an action for sure, he opens Kammaitachi's eye and takes his demon form this way Reina's aerial spell wouldn't affect real much. Nobu throws his sword right to Reina. Thinking that Nobu made a mistake after throwing his sword, Reina dodges this attack and then condenses all the arcane in the area. Unfortunately for him, Nobu switches with his sword and then kicks his opponent while using all for one! Reina falls down to the floor, which let's Nobu have the high ground for now, so he calls back his sword and targets his friend. Reina takes his katana and covers himself from that blade attack. After that, Nobu Overpowers Reina and makes him lose his sword another time, so he attacks him with his void push and blows him away. Both of them are getting really tired ofcthis furious battle. While they still can fight, no one of them will stop. Nobu returns to his normal form so he becomes weaker now. Reina takes this opportunity and attacks Nobu with arcane bolts. Trying to run away, Nobu falls in the trap, Reina did that attack to by him self sometime to create magic walls that surrounds Nobu. Then he makes the walls close on Nobu so he can't move anymore and then explodes all the three walls at the same time. Time for the last attack, the two of them runs forward, Nobu throws his sword another time. Reina catches the sword but he found it way toooooo heavy for him like it was the earth itself so he loses balance and finds Nobu right in front of him. So they exchanged another last attack that announced the end of the match. Nobu falls and becomes unconscious, as for Reina, he starts screaming and holding his left hand._

-Katsu: Nobu used all for one with the demon form, that's why he's disabled now. And this is how he broke Reina's left arm. But Reina attacked him with an arcane bolt as well.

-Satomi: Reina is the winner .

_Everybody stands up and starts Shouting, this is the match that they were waiting for. And now, both of Nobu and Reina are going to the infirmary next to Magnus and Yagami._

-Kaeya: So let me get this straight, Reina won but he is the one who's damaged the most.

-Shinso: If it wasn't for the side effect of all for one, Nobu would've had the the upper hand.

-Kaeya:No that's wrong, if you didn't notice, Nobu's chi didn't decrease so it wasn't because of all for one, Reina finished him with his last attack.

_Sayuri and the others go straight to their friends to see if they're okay or not._

-Sayuri: Hey Nono! You're awake. Are you alright??

-Nobu: Yeah I'm good. Didn't think that it'll turn out this way though.

-Satomi: Both of you did great! I'm really proud of you!

_Satomi grabs Reina's broken hand and catches it with a little bit Of strength 😅._

-Satomi: Just look after this thing😠

-Nobu: Don't you dare and think that it's over Reina. Once we fight again, i'll definitely be stronger.

_Suddenly, something terrible happens 😳. The guy that uses the water magic appear, knocks Reina out then takes him and runs away. After that, he attacks the others with a huge amount of water and drouns them._

_Nobu is still very weak to move on, so he didn't have much to do. Ash, Katsu, Magnus, Satomi and Sayuri takes charge and goes after Reina and his kidnapper. As for Yagami, he stayed next to Nobu . Only two sacred soldiers are there, and they are Kaeya and Shinso. They were busy as well helping the watchers get out of the stadium safely._

-Shinso: Where did this water come from??? Is it another ambush ???

-Kaeya: Most likely. It's warhammer's doing, we should go and do something.

-Shinso: Actually I think that we should let the others handle it this time.

_The water guy was too fast for the others. He enters some king of a dungeon, puts on Reina's some chains and starts sucking his powers again. But this time, he's not alone. He has has two other guys along with him._