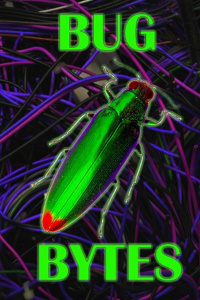 Sleeping together is strange to me. My parents always slept in separate beds. But Germaine assures me that most couples sleep in the same bed together. Still we each sleep with our own blankets, while sharing the mattress. Hugging once before getting into bed, then sleeping with our backs turned to each other.

As the days and nights pass, we gradually start sleeping closer and closer together. A few mornings I've woken up to find myself facing her direction. But am hopeful she has not yet caught me doing so.

Germaine had changed the baby into fresh clothes. Not that it makes a mess, but it had been wearing the same outfit for at least two months. Though it's hard to tell exactly how long it's been since all this began.

She tells me it's a little boy, and that we should come up with a name for him. We have not thought of one yet, and decided to hold off until after we wed.

We also further discussed the idea of having children of on our. There are times when want to rebuild the community. Maybe even going out into the world to recruit other survivors. Start a new civilization.

There are other times when we can't help but feel this world is doomed. Why prolong the misery of the human race, when it could simply end with us. Where the idea of bringing a new life into this hell riddles us both with guilt.

Ultimately we've agreed to not make any decisions until after the wedding. Which we'll be having come spring. Spending our time now, getting to better know each other. And focusing primarily on getting this community cleaned up. Neither of us mind waiting to have the wedding. As, in our minds we're already married.

Germaine agreed to try and clean out my old house as best she could. While I turn my attention on barricading the community as best I can. Though there was little threat, we still felt some precautions should be taken.

There's a creek surrounding the community that works as a moat. Unfortunately this does little to protect us in the winter, when the creek is frozen over. The plus side to this is, it makes my labourious task of dismantling the bridge easier. And even more so in my time spent replacing it with a draw bridge.

Building it was quiet the feat. I'd have thought it too much work for just one man. And yet here I stand, triumphant over my accomplishment. Had I not been able to stand on the ice while working away at it, I do not believe it could be done. Finally I understand what both my dad, and Father Yoder had meant when speaking of the joys of hard work.

I raise the bridge, taking a few minutes to simply stand and admire it. My head is held high as I walk back to the house. Knowing I truly earned the meal Germaine has prepared for us.

I walk into the house. The warmth inside like a hug. I enter the kitchen to find Germaine beaming a smile in my direction. The baby still in its car seat and still blindfolded chomping away towards the sound of boiling potatoes.

I take in the sights and sounds. I think about the bridge. I truly feel at peace. Perhaps more than I ever had before all this. Taking it all in, I think to myself. Maybe the end of the world isn't such a bad thing after all.

Then the baby starts crying.

A note from Alexander J Romphf

You didn't think this was going to stay a zombie story did you?