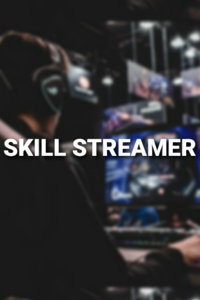 "That's it for today thanks for watching guys tune in again on tomorrow's stream!"

Jerry "ProtagMan66" is a popular Qwitch streamer known for his professional skills playing mmorpgs. During his last stream he clicked a link that was sent to him by an anonymous viewer. Then his vision suddenly turned black.

He woke up into an unfamiliar world of fantasy. The thing is he is still streaming everything to his viewers.