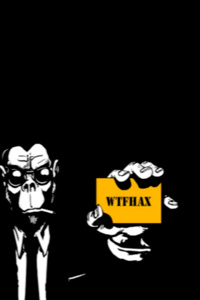 The Most Uninteresting Premise

A flash of bright light greeted him as he slowly opened his eyes. He squinted in annoyance as a young blonde promptly covered him, flashing a smile overflowing with charm.

The drowsy young man propped himself up and took a moment to ease the dizziness. He looked around at his unfamiliar yet opulent furnishings as a slew of events brushed past his mind.

The fever, the pain, the confusion and finally, the absurdity. He forcefully calmed himself for his obnoxious and dramatic impulses were on the verge of release. Massaging his temples, he looked at the charming blonde teen with an odd expression.

All the while, the blonde teen seemed calm. Too calm, even. He sent a questioning gaze to the blonde teen—now happily indulging in an oddly shaped fruit without a care—who just shrugged in response.

Just as he was about to voice his frustrations, a certain memory popped in his head. His face grew pale as he quickly stripped down, inspecting every nook and cranny of his body to the slightest detail.

He went as far as to inspect his privates, calming down only after a few minutes of vigorous search. The blonde teen looked amused at his brother’s actions while the other bystanders ignored his antics.

“What’re ya doing? Everyone’s already… Hm?” The blonde teen asked the young man who was seated in silence. He seemed to be in deep thought, not even bothering to pick his pajamas were strewn about the floor.

The rest of the students however, continued their chatter without a care, some idling while other following the blonde teen’s example. They didn’t seem to mind the abrupt change in their schedules, instead enjoying in whatever ways they so desired.

The room itself was fairly large, with more than a dozen beds with heavenly mattresses and each with a desk full of goodies. Including the medicine cabinet and the bookshelves to one far end that stood alongside a fancy door with alien writings inscribed on it.

The doors on the other end burst open as an armored man with a sword strung his waist entered the infirmary. His armor seemed dull compared to the luster of the trinkets in the room, yet his demeanor was one that commanded respect.

He strode in with gallantry and discipline, lightly saluting to the students who gave him all but a blank stare. He waited for a response but after receiving none, he continued on to state the purpose of his visit.

“His Majesty sends his greetings to you, otherworlders. You shall now be granted an audience, as per His wishes. Please follow my lead.”

He spoke no more and stood as a statue, his gaze powerful and strict as if it would bore a hole through those unwilling to move. The students were quite startled by his behavior, but moved quickly and instinctively formed a line.

The blonde teen, Julian, pulled his half naked brother out of his reverie and joined to group, much to the young man’s displeasure. His brother however, continued to eye the armored man with suspicion, wondering if it were a coincidence that he had arrived just moments after he had awoken.

Soon, a perfect line was formed with Julian taking the lead as the group made their way through the luxurious labyrinth, known to most as the Niershen Royal Palace.

Gardens maintained with awfully high standards and a multitude of colorful booms, the hallways adorned with sculptures and trinkets that were undoubtedly worth millions in the right hands, artistic depictions of beauty that made one stare and the flatteringly excessive amount of gold strewn about the path were enough to leave the young men gaping in awe.

An occasional cry of the multitude of exotic animals that roamed the gardens sent them in daze, wondering just how much the amenities were truly worth. Even the floor that they walked on shone akin to silver and not to mention the pillars…

Engrossed in the extravagance of their vicinity, they didn’t seem to realize that they had already reached their destination, alongside a few others.

But this wasn’t just any other door. Just the size of the door seemed to dwarf then while in shone in a multitude of colors. Gold, silver and gems were strewn about in a beautiful sense, surrounded by similarly made sculptures that depicted beasts found only in the realm of myths.

Two muscular guards in silver armor each holding a towering spear stood at its sides, sent a bow to the armored man leading the young students. The students were reunited with their female colleagues but didn’t make any idle chatter and opted to remain quiet instead.

The Silver armored guards moved to the door and pushed it open with a single hand, their raw strength making an impact on the young minds, but it nothing compared to what happened next.

A rush of formless energy greeted them as the students felt a chill down their spine, some even shrieking out loud. Under the stern gaze of those within the room, they felt insignificant as if confronted with the weight of the heavenly mountains that pierced through the skies.

The students strutted apprehensively in their guides’ footsteps , staring at their own feet as beads of sweat rolled down their clenched cheeks. They didn’t dare look up, for that was where the most threatening pressure came from.

The armored man walked forth as if nothing were wrong and kneeled before his King. By his side, another individual with a much more intricately designed armor and a red cloak kneeled, the bumps in her armor attesting to her gender.

“I, Jake Wolfsbane, greet Your Majesty with the utmost respect. I have returned after faithfully achieving Your Majesty’s wishes.”

“I, Sariah von Ricrodian, humbly greet Your Majesty. May the Sun shine bright and the Kingdom remain ever prosperous.”

Paying respects, they retreated to the sides, leaving the students alone in the face of overwhelming grandeur. The grievously underprepared could feel their heartbeat ringing in their ears as a few of them came close to passing out.

Even after all the fruit he previously consumed, Julian felt his throat dry up in a matter of seconds and soon found himself gasping for breath. A hint of terror flashed in his eyes his grip on reality began loosening, himself unaware that he was one of the milder cases.

“Enough.” An ancient voice echoed the hall, causing mild tremors to awaken spontaneously. The very next instant, the excruciatingly suffocating pressure vanished as if it were nothing but a lie, giving the students a chance to finally raise their heads.

Once again, they were left speechless. The sheer quantity of precious metals within the room had far exceeded the sum of all they had seen through their ten minute journey, not to mention the elevated platform and the Throne that stood atop.

With high walls and an intricate tapestry that depicted a form of Advent was enough to send them in a daze again, staring wide at the ethereal beauty of finest of arts.

“What an impudent gaze!”

Accusations rang through the halls, snapping the children back to reality, and into confusion once again. Now unwillingly baptized by a slew of curses, their disciple was broken as they huddled up, fully confused at the proceedings.

“Silence!!!” An voice dripping with clear rage cut off the complaints, fixing everyone’s gaze to the center of the room. The throne seemed to be the figure of an authoritative feline, the man seated on it exuding a similar disposition.

Golden eyes as cold as a frozen tundra with sharp blonde bangs that swept over them. His angular face showed no emotion yet it didn’t take a genius to guess his current mood. He glared at the nobles who dared to speak out before the King, as if warning them to stay within their limits.

“Now, now, there’s no need to be like that. Our honored guests seem to be troubled by your actions, Your Highness.” The ancient voice spoke again, earning a huff of indignation from the angered Prince.

Meanwhile, the man on the throne with a crown atop his head was silent, signaling the Prince after he had regained his bearings. The Prince nodded in response and turned his cold gaze to the group of frightened students.

“Forgive me for my brashness, but please believe me when I say it is necessary.” He said, glancing at the reddened nobles with undisguised disdain.

“I’m certain that our guests must be confused about their current situations but fear not, for I, Crown Prince Maximillian Ravenhail Niershen III of the Niershen Kingdom, swear on the name of the Royal Family that what I shall speak will be nothing but the truth and the only truth!”

The throne room fell silent at his declaration, naturally allowing the Prince to begin his tale. A tale of despair, of greed and of betrayal. A tale of loss and of triumph.

A tale of humanity against the world.

It was a tale of survival.

“This tale of hardship, my otherworldly friends, began on day of dark skies and wailing spirits…”