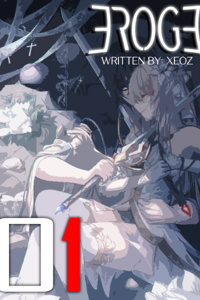 It Seems Like I Got Transmigrated Into An Eroge

I have a brother who's a bonafide Otaku. One time, he introduced me to this game called 'Spirit Infinite'. An Eroge bishoujo game is particularly popular among young lads. Its popularity stems from 15 beautiful heroines.

The game's story revolves around the protagonist named Shin Morino, an idealist of justice and peace. On top of that, a cheat protagonist whose main goal is to stop the world's destruction, but while at it, conquer girls along the way.

Then I, Fukushima Aki, a young adult who died at the age of 19 from a terminal illness. Living in the hospital, nearly my entire teenage life, shackled unto my bed, but that all changed when I died. I was granted a second chance to live a new life. However, that second chance was to live in the world of Spirit Infinite, the same game that my brother introduced to me.

What's more, I'm not even the protagonist but a nobody... With a handsome face? Who am I?

Nonetheless, with this second chance, I will live my life to the fullest!

Neither comedy nor parody

Reviewed at: Chapter 26: Revenge Of The Princess (1)

MC makes his harem in a new world while training to be stronger for no reason. That's the story.

The game, the previous MC, him being born without magic... all useless to the story. He quickly becomes overpowered and tons of hot women gravitate around him because 'plot' and wanna bang him. The previous story doesn't matter and he only vaguely recollects it to the point you wonder why have this premise at all.

That's it. 26 chapters in and there was nothing but a training arc and harem plot, so I quit.

Advice to the Author: Pace your progression better and don't make long training arcs, specially the first one. Progress the story first and have the MC getting stronger while facing challenges through it, not just sparing safely at home for several chapters. Same for the women, pace them through the story and make them develop a relationship at the same time the plot moves foward so it doesn't feel cheap like just showing up and banging the mc because he's handsome. Suggestion: Make the five years quickly go by in a few sentences like a training montage after he awakes quintessence and then start the story with his spirit summon event, following with the start of the game. Slowly explain how strong he is from them on as game events appear.

Early Review made by an Lazy Reader

Reviewed at: Chapter 6: A Demon

Review at chapter 6 can change for the better or worse. (When I'm not to lazy to change it XD)

The Isekai/Transmigration Trope. Soo~ not really an original idea. But also my second favorite Trope/Genre.

Magical Modernish World without our Level of pollution.

If you are into Magic Isekai (Eroge worldstyle) than that story could be something.

Story:  5/5 (seems to be the right tempo of introducing and building)

Seems to be a slow burner. Like most Light Novels. So it will likely be a while until there will be a bit action.

First I have to say that the author started writing. So I on my part will be lenient. (It can only get better, not worse XD)

Not the Worst Beginning. Some structuring and checking the typos would be great and ya would have a bona-fide story.

Characters: 4/5 (early 4 cause not enough information about characters)

Can't say much right now cause 6 Chapters aren't enough to have a solid character base (for one MC it can be doable, but not for side characters). The MC seems to be a normal Japanese person.

So on the end note.

If ya seek/want to read something from the Eroge trope and want an Male Protagonist/MC than that could be something for you.

An interesting and slow paced story

I really liked the way the story is wrote, the MC don't have any superpower given by random bored entity, he décide to do his best, have a few fun situations, and live his life the best he can.

A good read, try it! You may be surprised.

(for the author: the story mak ème think of a manga/manhua where the MC is dropped in another word with power too, reincarned as the hero best friend / clown friend, where he control a red scarf, does it give you idea or did you don't know this story? 🤔)