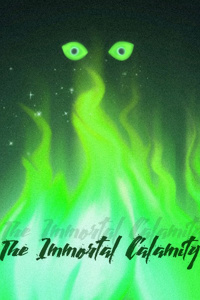 Many years ago, the world was ruled by a powerful empress. She was incredibly powerful, and feared by all. It was said that even death itself would bend to her whim. With a single wave of her hand, she could raise the dead to fight at her command. The pale, glowing, green eyes of her shambling undead struck fear into even the most hardened soldiers. For centuries, the empress ruled absolute. Until one day, a great hero rose up to stand against her.

Decades later, the empress is reborn into the body of a small child.  Follow her as she comes to terms with her new life.  Will she once again walk the road of revenge and power, or will her new family show her a better path?  Will any of them survive long enough to find out?  Only time can tell.

This is a review as of chapter 12.

Decently entertaining story that has the capability to be a great story.  So far as of chapter 12 it has been world building and an introduction to our main character.  I would recommend giving this story a read through and following it, for if the author finishes writing the story in the world he has begun to build it will be an epic fantasy.  With the current rate of character development and growth and world building from the chapters I have read so far, it will take at least 100 more chapters to finish this story if not more.  This is the one worry I have, for the author has started a grand fantasy book and my hope is that they will continue it.  4.5 stars out of 5

Fun and worth following

This is a fun adventure, well worth following.  i love the main character.  she has depth that many books with similar ideas are missing.  the action scenes are vivid and well written.  the family is a heartwarming change to some other stories.  the chapters move at a fast pase that keeps you intrested.  i can't wait to read more.

A fun story that keeps you glued to the screen.  The early chapter are short and high paced, with an interesting premise that makes me exited to read more.  The main character is intriguing, and the family is endearing.  I am looking forward to seeing where the story takes us.

This is an interesting story with a unique premise I have not seen in a while.  Chapters are a bit fast paced in the begining, but it does not hurt the story as a whole.  There were a few moments of genuine emotion that i enjoyed enjoyed personally, expecially later in the book.  I suggest giving this book a follow and seeing where it goes, as it only seems to be getting better with every chapter.

I like what I have read so far and look forward to reading more as the story unfolds.

It has the setup of a great story. It has a good balance of adventure, suspense, intrigue, and action.

It’s well written so far and a pretty fun read.
I strongly recommend giving it a read!

Could Use Some Work

It's an okay execution of a common enough refrain, but could use some work.  It's wickedly fast-paced with lots of short chapters and while that sometimes works, it's a little too far over the edge.

Style: The style is serviceable for the story, but there's some subtle fault with it. Not quite sure how to articulate it.

Grammar: Punctuation is surprisingly good, but there are mispellings.

Story: The plot moves at a very rapid pace.  The chapters are very short and we are speeding along rather quickly.  Generally, it's a

Rather typical evil empress reincarnated (well, soul possession) fifty years later as a child.  The protagonist is an antihero and though commonly seen as a villain, is actually part of the forces that protect reality from demons.

The story is super simplistic. The ease in which her family adopts her and the way things just move forward is pretty trivial.

Character: The characters are a little flat, but that's mostly a function of the fast pace of the story.  Given how fast it is going, I am impressed that they have even the depth of character that they do. That said, there's surprisingly little inner monologue or psychological introspection, which you would expect given the subject matter. Plus, the interactions between the family members seem way to simple at times.

A bit inconsistent at times

Overall it's a fun read. But Wren's character is weirdly conflicting at times. Keeping her character consistent could have used a bit more thought and effort. And if the inconsistencies are intended, they need some proper explanation.

On one hand she is a hardened centuries old veteran, having send millions of people to their deaths all for the greater good. Which hasn't changed much since her rebirth, she still kills and mains her perceived enemies without hesitation. But at the same time she flees from the sight of a brothel like a blushing virgin.

More specifically, I am talking about the indents used in the writing. Not something you normally see on this site, which caused me to be mildly thrown off while reading it. Not a desk-breaking error or anything. Just felt like getting that out there.

Overall, though, the story is good enough to read, due I did feel it got a bit faster than expected. Then again, again, might just be me being used to the slower stuff. Whatever. I recommend this. 4.5/5

If you enjoy fantasy, you'll probably enjoy this.

This story grabs your attention pretty quickly, and holds onto it well. Well enough that's it's definitely earned its place on the "read later" list for me. I think the quality of the writing itself is the biggest point in its favor, in my opinion. The prose has a familiar feel to it. That modern fantasy novel style that just feels...comfortable. Consistent is another good word.

My main complaint is that I kind of felt..left behind by the writing from time to time. For example, I was several chapters in, and I still couldn't get a feel for how old the MC was supposed to be. If she's, like, five then it's kind of ridiculous. If my five year old started talking like the MC, I'd already be dialing the excorcist. However, if she's, like, twelve then it is a bit more believable that her parents don't think anything is off about her. Perhaps I just haven't read far enough into the story, but I still felt like I had missed a memo.

Regardless, this is an enjoyable story so far, and I look forward to seeing where it is when I next followup on it.