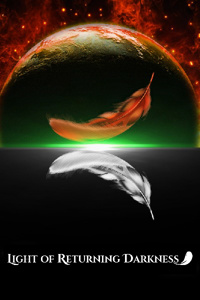 “Please don’t call me ‘shop owner’ as I’m only the shop manager. As for why it’s because our store only welcomes customers with money … and insight.” Deng Mu’s tone was polite, but the context of his lines was not quite.

Sikong Jiu held onto his inner rage and forced out a smile. In other times, he would already explode and kill somebody right now, but today he had several agendas to play.

“So, you’re saying that those with money but not knowing about your store lack insight?”

“Not at all, customer. Since you’re already here, that means you have some insight. Please buy as many as you want … with sufficient fund, of course.”

Although Deng Mu’s tone was not offending at all, this was like telling the guy that he was too poor to purchase anything.

“Hmph!! You think I don’t have enough money. I’ll take every weapon in this room, and since they walked out from the room deeper in. I’ll take all weapons in that room as well, including the ones you just sold to them!!” scowled Sikong Jiu. Being humiliated one after another, he could not suppress his nature any longer.

Deng Mu only smiled in response: “Please present some warranty before proceeding into the next room.” Even though this customer was quite arrogant, he followed the specific procedures as he was after all a salesman.

Sikong Jiu touched his own spatial ring and took out another bag of monster cores: “Prepare to be shocked by what you’re about to see.” He opened the bag for Deng Mu to appraise.

In the bag, there were hundreds of monster cores ranging from late-stage Fang cores to Three Talon core: the prize for the first ranking of Peacock School’s entrance exam.

As expected from Young Master of the Four Great Families, he had a lot more money than most of the town. Sikong Jiu looked at the shop manager with a contempt smile: “How’s it? Enough to buy any item I want, right?”

However, it took one glance for Deng Mu to reply: “I’m sorry, Customer. What you have cannot purchase a single item in the next room.”

“BULLSHIT!!” roared Sikong Jiu. What he held in his hand was enough to buy an entire weapon shop, let alone one item.

Seeing Sikong Jiu was starting his frenzy, Deng Mu warned: “Please restrain your anger and don’t cause any trouble within the store, or else, you’ll be accountable for your action.”

Even before they both fully responded to their master’s order, the pressure dropped down upon the group.

It was a suppressive force from Deng Mu.

Even though Blackie and Whitey were both mid-stage Talon Warriors, they could not hope to fight a Wing Realm Master.

Deng Mu reminded: “Please restrain your anger and don’t cause any trouble within the store, or else, you’ll be accountable for your action.”

His tone was forever polite, but coupling with the suppressive force, this was no longer a piece of friendly advice. It was a broad daylight threat.

Among the group, those with cultivation lower than Six Fangs all lost their consciousness and fell to the ground. The rest could barely stand with bated breaths.

Blackie and Whitey placed their hand on each of Sikong Jiu’s shoulders, transferring their Theríon into their master’s body to help him repel the suppressive force while the black one suggesting: “Young Master, we must go. He’s at least a One Wing Master, right Whitey?”

“Indeed, Blackie. We must retreat first and call for help later.”

Sikong Jiu gritted his teeth as he nodded while fiercely glaring at Deng Mu: “Just you wait!!”

However, as they were fleeing from the scene without caring about those lying on the ground, someone appeared before them.

It was Feng Luotian who activated his [Pinnacle Flash Lightning] and traveled past them blocking their escape route: “If you’re interested to purchase the item in that ‘next room’, I can trade.”

“What would the likes of you have that could interest me in buying? Just get out of the way.”

After being released from the suppressive force, Sikong Jiu’s energy returned and gave him some fuel to bark at the guy.

“What? No!!” Sun Wuji was startled by the new name, but after realizing that Feng Luotian must be talking about those greaves, he refused him right away.

“If I really lose it, I’ll pick another one for you to give it to her. How about it?” Feng Luotian insisted.

“Still no. I like this one.” Sun Wuji shook his head and reaffirmed his decision, forgetting that his brother underhandedly confirmed his love’s target.

“Then, give me your [Argentine Transformation Fists]!!”

Sun Wuji was hesitant upon this request. He got the item due to Feng Luotian’s help. Without him, he would not be able to obtain such an item. However, would anyone take what they gave back? That was so shameless.

After being bombarded with Feng Luotian’s persistence, Sun Wuji gave in: “Okay, okay!! Here you are!!”

Feng Luotian received the knuckles and immediately turned to his ‘customers’: “See this glow!! Do you realize what we got from the inner room?”

“A Titanium weapon!!” Everyone in the group exclaimed in unison when they noticed the item’s aura.

“Now, tell me. Are the likes of me capable of trading with you, Young Master Sikong?” Feng Luotian smirked at the group.

“This … Fine!! What do you want me to trade with that weapon?” asked Sikong Jiu.

Feng Luotian suggested: “Actually, doing a trade would be incredibly boring. As today is an ‘exciting’ day, let’s do a bet!!”

As soon as Sun Wuji heard the word, he rolled his eyes and thought: “A bet, again?! Haven’t you had enough yet?”

Sikong Jiu: “What kind of bet?”

“Follow me outside and I’ll explain. Don’t you afraid that the bet will become unfair if the shop manager is still around?” answered Feng Luotian.

Before Feng Luotian walked out of the shop, Deng Mu asked worriedly: “Will you be alright, Young Noble?”

He could protect Feng Luotian and his friend if they were still in the shop, but he could not do anything outside.

Sikong Jiu had two Talon Warriors at his disposal. No matter how to think of this, Feng Luotian had no way to fight them head-on.

Feng Luotian casually replied: “I’ll be fine. Just do your thing. I’ll come back and collect the items later.”

“As you wish, Young Noble.” Since it was Feng Luotian’s will, Deng Mu had no choice but to comply. After everyone left the shop, he cleaned up the shop by waving his hand, causing the wind to push all the unconscious out of the room. He then activated the earlier formation, and the room returned to its former dilapidated state.

Feng Luotian led Sikong Jiu and his team quite far away from the shop. If they were still within the shop’s vicinity, these guys would not be so daring and accepting his bet. He finally stopped when they all reached a place with a lot of space to have some fun.

Even though the area was not too crowded, it was inevitable to attract people’s attention as there were two stars amongst them: Feng Luotian and Sikong Jiu. One was God’s Son and another was Sikong Clan’s Young Master.

Feng Luotian turned back, commencing his deal: “Alright, gentlemen. We will do it here.”

“I’ll be honest with you. It took a fortune out of me to acquire the Titanium weapon I have right here. So, if possible, I’d like to find a new source of money soon.”

“And just like you said, Young Master Sikong, today really is a ‘surprising’ day. You came into the shop and flung out another bag of money in front of me. Well, if I’m not interested in that stash, I’d be quite stupid myself.”

“That’s why I’d like to present a bet and see if you dare to accept it. I challenge you, Sikong Jiu to a fight. If I defeat you, then you have to give me that bag. And I’ll be giving you this treasure in case of you … capable enough to defeat me, that is.”

Bio: Reading Wuxia novels for almost six years and I'd really like to create my own story. Please enjoy the similar yet different one-of-a-kind Wuxia that I'm about to present to you.