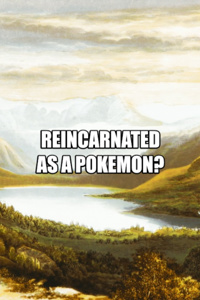 Reincarnated as a pokemon!

After a difficult life Felix Danim finally gives up and moves on to his next big journey. He wakes up to find himself having been reincarnated into a pokemon! How will Felix live, or, more importantly, survive his new circumstances? The world of pokemon is not as kind or forgiving as he remembered.

This story is set in an alternate universe where pokemon exclusively in the protagonists region live together in diverse communities, based on the pokemon mystery dungeon games. The story is set right before the theorized 'great war' occurs.

Warning: This story uses a mix of xianxia elements and litrpg elements to flesh out the standard pokemon levelling system.

Disclaimer: I do not own pokemon, or anything from the franchise, only my OC characters.

Look, its not like it's poorly written. I'm just not sure why pokemon society is so humanized. There doesn't seem to be a reason why a giant dragon would sit at a desk doing paperwork, other than to "humanize" him. Which is kind of unnecessary, pokemon emotions have been pretty humanized already. What purpose do people serve in the world?

At some point, if pokemon are going to be so humanized, ya have to ask the big question. Why not just write about humans rather than pokemon pretending to be people? It's just weird. It could be a great story, too early to tell. But it's very baffling for anyone that's looking forward to a pokemon fanfic. Cuz there's hardly anything "pokemon" about it.