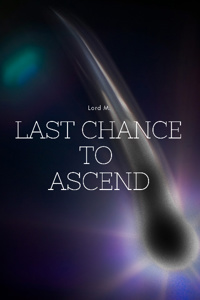 Darkness was covering abandoned valleys of a city. I and several other hooded figures were creeping through the shadows. After resting one day, I was finally running towards a vault with confiscated items. Excitement was filling my body as we sneaked through the night. I decided to check my status for the last time.

'I have lots of unpent stats points, but let's keep them. If I would suddenly have a need to get faster or stronger, they would help me.'

We continued our journey unnoticed. Most people were already sleeping, and those who managed to spot us even with our skill chose to ignore us for their safety. Soon we reached a different part of the city, where barracks of city guards, prison and similar facilities were located. There was also storage of confiscated items.

We climbed on the roofs and continued through them until we spotted a building surrounded by a tall wall. There was only one gate with two guards. Both of them wore chainmail armour and a white surcoat with the symbol of a shining eye.

"This is it. Group one will wait here, and group two will come with me", one of the masked figures said.

We jumped from the roof, and two enhanced knives emitting black smoke thrown by one of us pierced through guards eyes, killing them instantly. I stored both of the bodies in my [Dymensional Storage]. Another masked figure approached the gate and took a shining red crystal out of his pocket. They placed crystal next to the lock, and after few pulses of crystal, the lock opened with a satisfying click. Our whole group nimbly rushed through the opened gate to a small yard covered in cobblestone.

In front of us was an old looking building with only a few too-small windows blocked by steel bars. Entrance into a building was solidly looking metallic doors.

"You open the door." a commanding figure from before pointed towards a figure holding crystal in his hand, "Rest of us will prepare to rush in and kill everyone. There is the possibility of this being a trap so prepare for a hard fight. Remember, if it goes wrong there is one person that must survive for any cost."

A person with a red crystal came forward once again as we brought out our weapons and took a position next to the door, ready to rush in. Visible tension and expectation for slaughter were present in every muscle in the body. "CLICK" doors finally opened, and a figure with a crystal stepped back as we banged inside. There was a room with a wooden table with three guards playing cards behind it. They momentarily froze in shock before frantically grabbing their swords. I cast [Death Lightning], hitting one of them. At the same time, as his smoking corpse hit the ground, his colleagues were struck by wind blades and red lightning.

"Hey! What is going on?" More soldiers came in due to commotion. There were five of them, all pointing swords at us. With my enhanced senses, I could smell the odour of alcohol coming out of them.

"Heretics are attacking... Gods protect us."

Two hooded figures rushed towards them, one with a scythe coated on a purple glow and the second with a massive hammer burning with black flames. Limbs were flying, and heads hit the ground as scythe massacred them. Simultaneously two of the soldier at once were hit by hammer making the awful sound of splattering as they bodies were engulfed in black flames.

'Such a small fries. Hopefully, there would be more of them as I need more XP.'

"Let's split here. Three of you will search the above-ground levels of a building. You know for what are you supposed to look for. Kill everyone and avenge our tortured brothers and sisters."

I walked with four remaining figures through cold stone corridors. The only source of light was the flickering flame from torches on a wall. Before us was a stone staircase leading downstairs. We walked quietly, with only the occasional scream coming from behind us. Finally, we exited a staircase and entered a hall with massive circular vault-like doors on its other side. A path towards them was blocked by eight figures in chainmail and two figures wearing exquisite plate armour with glowing swords in their arms. Their armour was similar, only less decorated, to that worn by a man I fought on the street.

"Was you really thinking that we will not guard this place? The power of Holy Crusaders will destroy you"

"Such cliche sentences." I couldn't stop myself as I pointed my staff towards them, as I was angry for not being able to use my coolest spells in the underground as it would collapse a ceiling.

Lightning came out of my staff and flew towards a crusader who blocked it with his glowing swords and was staggered by it. A wave of light flew on me in retaliation, but I easily dodged it to the side. The rest of the hooded figures found their own targets they attacked with spells and magic imbued melee attacks. "Arghhh", shriek came from my side accompanied with flash red flash as one of the soldiers died.

I cast one lightning after another as I was in a hurry to collect as much as possible of XP. My face twisted in annoyance as that stupid crusader blocked all of my attacks with his stupid glowing blade. He was panting and bleeding from a nose as a portion of damage hit him anyway.

'How, I wish that I could blast him with some explosive spell.' I thought as basement warped when I blinked right behind the crusader. My claws penetrated his chest plate, flesh, ribs and finally hearth. "Huh?" he grasped in a surprise before death.

I looked around me and saw that the second crusader was in a duel with the masked figure as he blocked a ball of red lightning.

'Red lightning? I wonder what elements it is.'

Most of the soldiers were dead as they were losing against us. Wanting more XP but refusing to do something so dishonourable as stealing someone else's prey, I fired [Death Ligtning] towards the injured soldier who retreated and was applying healing potion on his injury.

Soon after that last remaining enemy fell dead on the ground.

"I will plant a bomb, keep a distance from vault doors", shouted an unknown masked woman. She brought some metallic sphere covered in glowing runes out of her back and carefully placed it in place of a lock before taking out the second sphere. I averted my eyes from her as I looked at the corpses of dead crusaders.

'Let's try to create some undead. I wonder how it works.'

I walked towards the nearest corpse and kneeled next to it. Then I placed my hand at its chest and poured my mana as I cast [Lesser Rise Undead]. I kept pouring mana for few moments until I felt something akin to the snap and stopped. Copse convulsed as its eyes started to glow in dim purple light. Then it slowly stood up with laggy movements.

'Hmm, its levels dropped, and it looks weak. But maybe on higher levels, I could rise something stronger, hmm...'

My thoughts were interrupted when a masked figure which I was sure was Rose, spoke to me, "What are you doing?"

"Just experimenting... and preparing a nice surprise for a church when they will come to retake this building."

My answer probably satiated her curiosity as she didn't continue her questioning and just kept watching me. I approached the corpse and cast [Lesser Rise Undead] again. I poured mana until I felt snap again, but I didn't stop pouring mana as I felt that I still could. Mana was pouring from me faster and faster. I felt snap again and felt like I could continue, but I stopped as I needed to preserve mana for the rest of the heist. The corpse convulsed again, but this time eyes glowed in much brighter light. It stood up but this time swiftly without any weird movements.

'It looks like the amount of mana I use to create an undead will change its strength and type. I can also assume that a level of corpse changes this too.'

I looked towards a vault door and saw that a masked woman planted more circular devices in circles around the doors. She was also carefully connecting them together with the white paste she painted over the s surface of the doors. It looked like I still had time, so I decided to raise the rest of the dead soldiers as undead too, at least with corpses that were in one piece. So I walked towards the nearest corpse and raised it as undead. Then I repeated the whole process few more times.

I was watching my undead walk around the room without any goal. They looked almost like they were sleepwalking. My observation was interrupted when a voice came, "It's planted, step back."

I did as I was told and also ordered the undead to do the same. Then I looked at the vault door as white paste ignited in a storm of colourful sparks. Every time they reached the spherical device, they lightened up even more. When the circle finally closed, the metal from which the doors were made started to melt in a circular shape, copying a trail of white past. It took only a few seconds for a circular hole to appear. My eyes were shining (not figuratively) with an expectation of a great treasure.