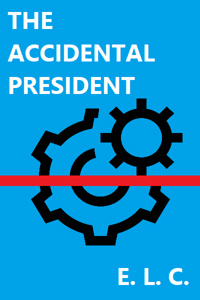 Told from a different perspective each chapter, The Accidental President is a highly realistic drama about the near future, when automation pushes tens of millions of people out of work. Even stranger, a mysterious artificial intelligence operating independently has recently been rocking the world. The stories are mostly centered around the United States of America in the 2060s, though other perspectives appear as well, and are key to the narrative. From newsrooms to middle schoolers to head of states, The Accidental President captures a wide range of views on how the near-future plays out.