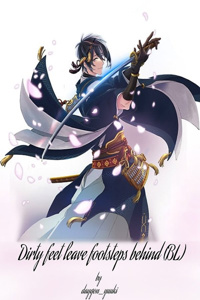 Everyone knew that the secretary Fu Hua also known as the ‘loyal guardian of Hua’ was a slave who turned traitor. There was no record of the crime he had committed, only rumors of his betrayal but everyone knew he but the hand that fed him once. Once he had been caught by the emperor only to never be heard from again, presumably killed off.

Now the peace had returned to the country of Hua under the leadership of the Royal Emperor’s brother - Xiao Lan. While the emperor still lived, everyone knew his younger brother was really in charge of the nation. Not much was known about him except his love for his brother’s newest concubine and that he was under a curse. The other known fact was that he hated Fu Hua, his cursor and refused to see him one last time before he had been killed.

Xiao Lan was cursed by fate and Fu Hua back to his 13 years old body and his hatred for the other bloomed. But the other was already dead and nothing could be done. Till one day Xiao Lan saw him - the one who had betrayed his trust all those years ago, the one he swore vengeance on and the one who broke his heart apart. This time the other would not escape his clutches