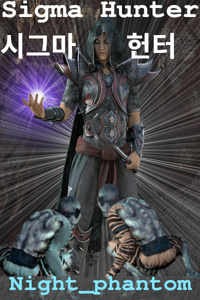 An Apocalypse take place on earth monster's came out of Dimensional portal's.

His mother went in a coma because a goblin stabbed her in her spinal cord.

Seung Jin-Ho was coming home after cashing the magic crystals he has collected from a dungeon with a party where he works as a porter in.

But some burglars takes all of his money and throws him into an abandoned dungeon a goblin attacks Seung Jin-Ho as soon as he entered the dungeon.

"Wh-what this dagger is poisoned ?"

"I will not die alone"

Seung Jin-Ho stabbed the goblin in his stomach.

I killed the goblin yesss.

《Congratulations you're a awakened now》

《You selected to be a Necromancer》

The goblin stands up as an undead.

But he didn't turned into a skeleton instead he got healed and his eyes turned pitch black.

And he bowed towards Seung Jin-Ho.

Great Story, Not the best grammar

I am enjoying the story a lot. It may be very similar to some other stories in cliche aspects, but it is different in a lot of other ways, and I mean a good different.  The grammar is not the best as I believe that english is not the authors first language, but I am still able to read and understand all of it. All the story needs is a liitle more character development and it will be on the rising stars list.