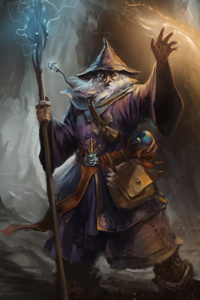 Edward was reincarnated into the world of Harry Potter, an act which excites him giving the fact that this was one of his favorite books. So, he embarks on the path of wizardry in the hope of discovering the way it works, the laws or theories that govern it; he wanted to find its essence.

He tries to find the answer to questions like What is the soul. Why can wizards use magic, while muggles cannot? Do bloodlines truly exist? And if so, what use is it to wizards? Could it be the reason that some wizards are born with exceptional talents like Parselmouth or Metamorphmagus?

When Edward finally uncovers the answers to these questions he pondered on, he suddenly thought to himself: "Since the world of Harry Potter is real, what about all the other anime, movies, games, and books that I read from my past life? And if they are indeed real, how I can I get there?"

This story is an Infinite Stream novel where the mc travels through different anime and movie worlds acquiring various magical abilities and knowledge to become a supreme wizard that stands on the top of countless dimensions and universes.

Warnings: The MC will spend a great deal of time in the Harry Potter World before going to other worlds.
I have not decided whether the [Curse Child] is canon or not. I do not care what JK Rowling said.

This is a pseudo-science explanation of magic, so take it with a grain of salt.

I am an amateur writer with not-so-good grammar, so any constructive criticism is appreciated.

Although this fanfic will be a Harem, the mc will not have a thousand women. Most likely, I will write so that he has a certain relationship with some female characters, then he will leave her in her own universe. Only a few will follow him in his journey. Also, a few men will be in his group. THIS IS NOT A YAOI.

Disclaimer: All the characters--except the one created by me--belong to JK Rowling.

Scraping bottom of the barrel here

Reviewed at: The Interview (IV)

The story has a bad quality of writing, and it has no tension - nothing to make me want to read further, and the characters behave like stick figures. Maybe the quality gets better later on, but man, I dont have strength to continue past fourth chapter, even though I wanted to like the premise.

Reviewed at: The Interview (II)

I couldn't make it past the third chapter, so maybe it gets better later, but the first impression was not a good one.  The grammar needs a lot of work, and the character is an amoral Mary Sue.  Read it if you don't mind bad grammar and empty power fantasies, I guess.

Reads like a chines translated novel done wrong, as the author has claimed to have written this I will point out some issues.

2. Author using incorrect word/s or descriptions that have long been in the books/movies

3. Main character's personality seems to have been negatively affected by dark magic but the justification being repeated used get old fast.

Reviewed at: The Interview (II)

This story is reminiscent of a badly translated Chinese fanfiction. The grammar and sentence structure is off. I find it a bit difficult to read. If the author would pass the story through grammarly the most egregious of these issues could be fixed.

Reviews must be 50 words long and I don't really have much more to say.

Reviewed at: The Beginning of the Second Year

The Harry Potter books left way to many questions pertaining to magic and the soul and. Always felt incomplete. The author here does an amazing job of making a valid system that would work and really made me want to read more.

Next I don't really understand the two reviews below me. They reviewed at the beginning of the book and most of what they reviewed is false.

Last I want to say that the harem tags don't really make sense ro me the MC has a couple of flings that Last for a few quick paragraphs and then returns to the main story... so I don't really understand the harem tag

The layout of the book and its beginning is amazing. We start off with the MC being a powerful wizard who has traveled the world ins earth of knowledge created new spells and plumbed plumbed depths of magic but still isn't as powerful as voldemort or Dumbledore. I prefer this way in reincarnation novels where they skip the kid years which are usually boring or do not make sense for someone of their age. Nezt the MC has a perfect memory and quick mind as was his golden finger for reincarnation. So begins the MCs quest for more power and knowledge. We see him come to hogwarts as a professor in Harry Potters first year in order to learn more about Voldemort and Dumbledore. As we go through the story we get flashbacks into his past which in my opinion the author does a great job of putting detail in and still making the story flow really well. It makes the story seem genuine and allows us to see the story moving at a nice pace.

Finally to whoever read this do read the novel not just based on my review but on the book itself it's a really good read.

Con: Cringy, Gary Stu, Alway say how the protagonist is good(god), no antagonist or chalenge, writhing fell a bit like translated from another language

It is not the peak of quality and it is not for everybody but after chapter Discovery II You should have a god idea of what await you in the story(A Power Fantasy).

No clue how this reached Rising Stars

Reviewed at: The Interview (IV)

It's a mary-sue story, plain and simple. Maybe it gets better later on, but the first four chapters were all about how great and powerful and wonderful and amazing the main character is. Strong characters can be done well, but you have to show their strength, not just constantly talk about how awesome they are.

I'd say that honestly, my biggest issue with the story, is that it's about someone who wanted to understand how magic works... but we come into the story after he's already figured that all out. I was looking forward to a story about a curious experimenter poking magic to see what made it tick, and instead I get a TV genius talking about how much better he is than everyone else.

Reviewed at: The Interview (III)

Chapter one, the character is already a badass, visionary potioneer, visionary spellcrafter, world reknown inventor, stronger than any Canon character at his age except maybe Merlin, and couldn't be cringier without falling into comedy. While it might be interesting to watch him get to this point, we're just directly told how awesome he is by various characters, including reading Dumbledore's mind out of nowhere, as everyone falls over themselves to say how great the MC is.

The Protag also has immense mental and magical inborn gifts out of nowhere, stole knowledge from everyone, mind controlled people like the death eaters (and even found a super special Herb that let's him do it even better!), and seems to have a sociopathic need to get stronger, for no apparent reason, while the story seems to brag about it with zero self-awareness.

Seriously, his entire Hogwarts schooling is glossed over in a few paragraphs, and we don't even learn what house he was sorted into.

In a Harry Potter story.

If that's your thing, more power to you, but it's not mine.

This feels like a cultivation light novel, with the selfish protagonist. It's a guilty pleasure for me. This is for all the times you think your right, and you just want to rub it in everybody's faces, but you can't because then you'd be an ass, so instead you read this power fantasy, and it gives you that sense of "f off, I do what I want," which is ultimately childish, but also awesome.

Urgh... I guess I'll have to be the first to write a review here and admit I was reading a random Harry Potter fanfiction straight out of the ''New'' list!

The chapters have been released quick so far and its a blessing. I hope they continue quickly because the reason I rated this fanfiction as a 4/5 is because it works very well as a guilty pleasure. Overall enjoyable; the author has directly admitted to be an amateur. This is honestly way better then some of the atrocities I've read on this website. There was care put into this.

Do note that there's a harem/sexual content tag in the story description... If broomsticks and butterbeers arent your thing...

Style 3/5  - Its readable. Some people will be in for a shock at the beginning. Its VERY Wuxia in its writing. Completely detached sentences. To any natively English reader, you'll get a feeling that there's something slightly wrong with the pacing. To readers who know and have read wuxia novels, you'll understand what I mean. As the later chapters become a bit more dialogue focused, you feel that effect less and less however.

To the author, I recommend reading He Who Fights With Monsters (available on this website) to get a good look at short chapters with a good chapter pacing sentence structure, especially when it comes to descriptive paragraphs. If you want this to be a bit more cohesive, your chapters should also have a better, ''snappy'' cliffhanger ending to create a better reading flow. There's quite a few occasions where whats written is completely redundant as the context is self-explanatory. Also, I do want to note that some of the chapters were more well done overall, especially in the later ones, so dont get discouraged!

Story 4/5  Overall... yeah its a guilty pleasure. The pace is strangely quick which helps in the context that the style is very stiff, so at least the author is not putting us through unending descriptions. There's a bit of a ''Warlock of the Magus World'' feeling to this.

Grammar 3.5/5 For an amateur author, the grammar is really not too bad. There's a few typo but nothing abnormal. There's also some sentences which are built with the wrong verb tenses or would feel more natural reworded.

Character 3.5/5   Strangely enough again, the story has been pushed along quite quickly and the main character actions and motive are pretty clear so far. The JKR characters obviously help support this and since we all know them so well, you dont think too much about how much they do the heavy lifting in the story. I can't help but cut marks out for the motives being somewhat cringey. There's a few real world references to other works that didnt contribute anything to the story and definitelly add to that cringe.

Overall... considering the number of chapter... if you're looking for an easy to read Potter fanfiction, why not give this a try?