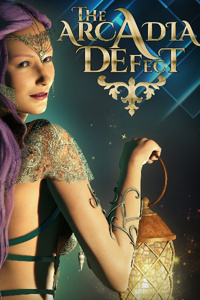 In the not too distant future, the VR world is the playground of the rich and Liz Milner doesn’t belong.

Her good friend, Viv, on the other hand, doesn’t care. Why should she? She was born well off unlike Liz. Problem is the rich girl’s existence on the newly launched MMORPG, Age of Arcadia, is jeopardized shortly after she brings her friends from college along with her online.

With Viv effectively brain dead and her attacker on the loose, Liz and the rest of her friends are asked by the comatose young woman’s father to investigate. No one else will. Not when the publisher of the game, Eternia Entertainment, is doing the best it can to squelch the spread of rumors by banning anyone who dares speak out.

The Arcadia Defect is a gamelit with litrpg elements written for a mature audience. It contains magical action and fantasy adventure along with adult language and situations.