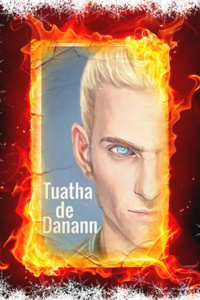 Teigh Mac de Beleros y Cyronax has freed the Sidhe of his world from the forced confinement imposed on them.  His actions set in motion by the System.

Zeus and Odin have schemed against the Tuatha de Danann, forcing them to [Sleep] using treachery and blackmail because they are envious of their connection to the Summerlands.

Athena, Loki, Set, and Coyote have discovered a new plot, one that will affect every God of every Pantheon.

Zeus and Odin have learned how to steal the Divine mantle of Gods that die.  This ability will allow them to wreck havoc across the multiverse until there are no other Gods left.

Teigh will need to travel the Summerlands and gain entrance to another universe. The universe where Zeus and Odin have learned this new technique.

Only by going back in time will he be able to stop them before it is too late.

This is a story arc in the Second Chances Universe that can be read alone.

I am thoroughly enjoying this story. It may have some typos and such but it's well written and well researched. I thoroughly enjoy the fact it includes the Celtic pantheon. Many authors have read Greek and Norse mythology and use that basis in their stories. Only a few authors that I have read treat with the Celtic pantheon without engaging in "Arthurism". I think this book and F.L. Riley are both worth reading and watching. Kudos on such a wonderful saga.