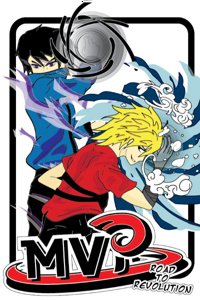 The old say it all started with the gods. They reigned over all the other living beings, without defiance: it was the natural course. Out of mercy, the gods decided to give some of their essence to humans, trying to have humanity achieve new heights. The emerging super-humans were the result; these new powers came with some sort of drawbacks: their bodies could not handle the god’s essence, which would be known as Essentia.

This is the tale of Leo and Jax journey, two brothers looking to fulfill their destiny, following the Maddox Void Path (MVP).