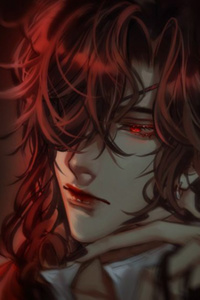 A new place for gamers, their safe-heaven, a world where they could experience true freedom, appeared in their life, ‘Satisfy.’

This ambiguous name of the game would lead to its role, bringing satisfaction toward the users, either being by fighting monsters and levelling up, basking in the fame and prestige of this achievement, or simply staying in the shadows and exploring the true content of the game.

Yet, such cases of people could be said to be endangered species because their dedication to the true story the game had to tell would be sometimes challenged.

Such case is Mathias, who could be considered to be one among the pioneers of Satisfy, who showed the new players a window of what Satisfy was all about, yet slowly his image was lost rather quickly from the heads of the players with the coming of the famous players from the rest of the gaming industry.

Does that mean that he was an irrelevant player, overshadowed by the apparition of these new players? Not at all. He was still doing his lore exploration, finding and reading the NPC’s stories as if they were the best books in history.

However, there will be a time when he will show himself to the world, taking everyone aback, with his newfound power, his iconic dark-red spear that was thought to be lost since the beta stage and receiving a larger than ever audience with his new appearance that signified dominance and demanded respect.

He was the Saharan Successor, and his story will resound all over the Satisfy world.

The elements used for the story are similar to Solo Leveling, SOA, WoW, Witcher, Legendary Moonlight Sculptor and other RPGs that have been inspired by D&D.
You will for sure enjoy my story if u like those stories/games.

.
-All copyrighted content is the property of its respective owner(s).

A very interesting fiction on a story that you don't see to offen around, only attemps maybe. So from what I've read so far 16 chapters, the story has a unique feeling and a take on Overgeared novel's world setting, the game itself.

Anyway, I will not try going into spoilers and give you a detailed marking of the authors skills, so you can know what to expect. Let's get going.

Writing Quality:
Most of the time everthing is readable and correct, but sometimes words are not in the right order(IMO) and my head has to correct that. Hence 4.2 Stars
Update Stabilty:
So far he always uploads a new Chapter every second day, so no problem here. 5 Stars
Story Development:
The author is pretty good with coming up with his own stuff , so no exact retelling of canon just from a different perspective. Since I have Insider-Info I already have a good idea how the story will progress in the future. 4.8
Stars
Character Design :
To be honest we weren't introduced to many Character so far, so i'll refrain from making my judgment for now . 5 Stars(temporary till we meet more Characters)
World Background:
It's a fanfiction playing out in the World of the Novel "Overgeared" , but the author will expand on it with time/later . No problems here. 5 Stars

This is a fun read

This story is lossly based off of Overgeard and that should really say it all but the world building is fantastic with a great and ingaging world. Tho some of the character reactions fell a bit forced like bandits knowing were the mc got his potions of how fast the girls fall for him.