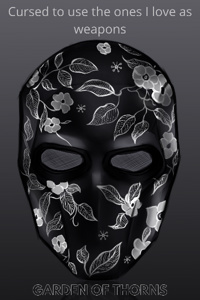 Joshua Gates was just a teenager who was an average kid who lived with average parents. Good friends. Good life. At least that's what it was supposed to be. Now existed these otherworldly places known as 'Spires' that was like a whole place of its own. Chosen people known as the Venerators would be diving deep into the situations and to go through its floors.

Normally Spires would have venerators ready to fight them. Yet, there was something different about this particular Spire... And that is how Joshua's tale begins.

Reviewed at: Prologue : The end of life.

Overall, the story requires a heavy suspension of belief. The writing is stilted towards “Tell” instead of “Show.” Details read like lists. Dialogue is weak. Saying the Drama elements were overplayed would be an understatement. The series of events contained in the first chapter are jumbled and speed through, often in single paragraphs.

Joshua (the MC) has been in some sort of coma (I think) due to being beat up (the reader is left to assume generic school bullying) and a heart condition that presumably prevents him from being properly treated(?). All of this is “told” in quick succession in a manner that had me constantly thrown out of the story, lost and confused. Anyway, Joshua wakes up. Bad stuff happens to the people trying to keep him safe. And then a “System” grants him (of all people) access to its HUD.

“Cursed you are. The only survivor of this hell.”

Seriously? Maybe he had enough pity points to earn this chance?

The stats when I glanced over them after nearly finishing the chapter, made no sense for an entry level “Player”. I won’t go into details because they might be spoilery. I’ll go out on a whim and say that these stats might be explained later, but I’m bowing out now.

The “Tragedy” made me cringe, sigh, and eyeroll in rapid succession. Too much happens to a character I haven’t really met at all. I wasn’t able to connect or identify with him in any way or learn his personality because he’s either punch drunk from the bullying, drugged up in a hospital, in a comma, waking up from said comma, in and out of consciousness while events are happening around him—you get the drift.

The “Tragedy” is overplayed to the point I’d say the chapter is “saturated” with it. I did see the author comment that this is “just to start off”, so take that for what you will. Overall, it’s a clear novice rough draft. Some may enjoy it. Others may find it hard to move past the first chapter.

Didn't make it super far, but the introductory art was disjointed enough I had trouble following.

Grammar was decent.  Nothing that would stop anybody from understanding.

The style I'm torn about.  The jumpy nature of the narrative was not my cup of tea.  Its all from the same POV but there are time skips or something where it blips from scene to scene without any transition.  At first I thought it was some kind of avant garde stylistic thing trying to show the trippy new reality the MC is facing.  Start in media res, then back up, jump around a bit to show how he's having a hard time following what's going on.  Then I thought maybe stuff was getting dropped as it was copy and pasted into the site.  It was persistent enough it made it kind of hard to follow what was happening.

There's only 1 character, and he doesn't have much personality as he wanders from encounter to encounter.  I'm assuming at some point additional characters will visit and we'll see some dialogue of some sort.

Individual scenes weren't bad, if some of the structural parts of the narrative were fixed so that the scenes told a story, this might be pretty good.