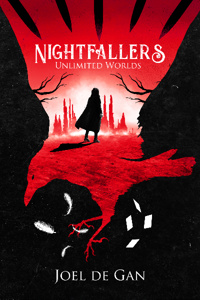 A group of outcast children become assassins within a high-stakes online game. Caught in the middle of a savage war between three schools for gifted children, they find themselves pawns in a bet between billionaires. A bet where they must win the competition at any cost, or lose their home and their friends—but first they need to overcome their own limitations and fears.

Instant WORM vibes here, with a little more flowery prose.
Let's talk about the first chapter:
The intro is smooth until you reach the conversation with the doctor; it immediately feels a little off. It was rushed.
Also, putting all the rules together makes it so that you can't remember them or focus on the one that - I suppose - is really important.
The story pace in later chapters follows a similar routine. It feels incredibly nice at times, and then it hits a bump in the road and you are left feeling shaky.
The main problem in the narration's rythm is the overly descriptive shroud of some scenes.
After a rocky start, though, around chapter 7, the story picks up the pace and starts being genuinely entertaining.
I don't want to spoiler, but let's say sometimes you have a ITCH for certain things in a story. Readers are fickle and you need to feed them some adrenaline or foreshadowing. We get our share exactly at chapter 7. If before that there was a WORM feeling, then a more web novelish pace is picked up.
Going forward, you can feel how the author becomes more comfortable with his text and stops overthinking the narration.
Overall, this novel has quite the potential.
I'm regretting starting this novel right: I wish there were more chapters already. It's really hard to judge whether this is going to be a hit or miss with so few chapters.
This can go both ways, very good or very bad. Right now, though, it's a solid 5 for encouragement. Ratings on RR are not absolute. If I wanted to give it a more realistic rating, I'd given it a 4 at the moment. However, knowing how the system works and how people sometime randomly assign 0.5s, this novel deserves a shot to the moon!
I've followed it and bookmarked it.
A little advice.
My editor always tells me that the best scenes I write are the ones with some dialogue. I'd say that I've noticed the same thing for this book. Dialogue scenes are great. The MC POV, when she's alone, gets old really fast.