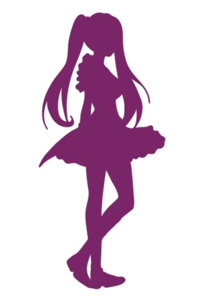 The Clown And The Pink-Haired Delinquent.

Mara is an insane highly skilled and dangerous reality-warping clown mercenary with the appearances of a nine-year-old girl and the mentality of one to boot. She is well known and feared on both sides and is a total enigma. She has been known to kill both sides for money and despite being insane, she is seen as a trustworthy mother figure for the people fighting for Black Tower. Yet no one except her boss knows what she is fighting for.

Well, to find that answer, you first must go all the way back to when Mara The Clown first joined the Black Tower. Back when she died in her own world and was resurrected. Back when Mara didn't quite know how to bend reality to her will. Back when Mara was given what many would see as a pretty easy task.

....Only the task was far harder than anyone could have ever expected.

This story is also on Webnovel.

(Cover art is not mine)