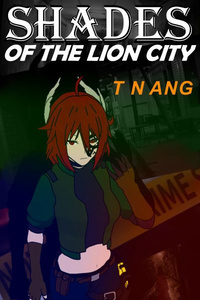 Shades Of The Lion City

[Currently re-planning future of the story]

In a post-war world where humans live alongside entities from myths and legends, not every being is willing to exist peacefully alongside humanity. Beasts stalk the wilderness and ruins left by war while dark rituals and deadly curses have become a weekly occurrence in the cities.

Enter the Special Hazard Exorcism Unit, a division within the police of Singapore that specializes in such cases. With nearly two-third of its members made up of mages, exorcists, monsters and even the undead, the Shades, as they are notoriously refered to as, are the supernatural solution to any supernatural problem...

Disclaimer: All police procedures in this stories are completely fictional and unassociated with the actual police organization of Singapore. Cases in each story are loosely based on actual crimes around the world, some of which will also be occassionally mentioned