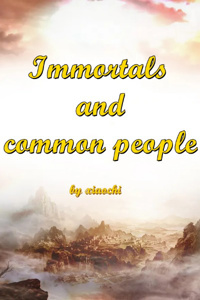 【This is a Chinese mythical fairy tale novel. The author is Binghan Sanchi. The author here translates it as Xiaochi. For details of the authorization certificate, please see the text picture.《醉长笙》——世家少年的倾情独白！为打开血涂城大门的成长史！（目录） - 简书 (jianshu.com)】

At the end of the Qing Dynasty and the beginning of the Republic of China, the poignant self-report of an aristocratic young man...

Under the blood-stained city, the body is not complete; the Qing Dynasty will eventually perish.

Zui family clan who was once a prosperous and wealthy family member was eventually beheaded and smashed into the streets.

Me, Zui Changsheng. The reason why I linger in the bloody city is because I have my belief that my life will not end in suffering and thorns.

The blood of the zui family is sacred, and it has always been my faith after the gate of the city is smeared with blood. Revenge, my belief; resistance, my mission.

The reign of the Qing Dynasty ruthlessly destroyed the good nature!
Where did the ancient artifact Kongtong seal fragments fall?
Unexpectedly, I was the Southern Magic Zui Lord of the Seven Mountains of Kyushu!
The young Pian Pian, from immature to mature, from compassion to tenacity, from defenseless to driving the candle shade!
Listen carefully to the affectionate monologues of aristocratic teenagers...