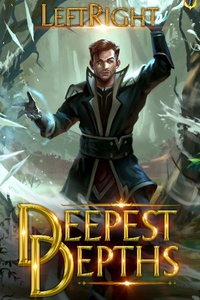 Sorry for all the blue. There will be less after Max learns the ropes.

Max awoke with a shock.

“Arhghh.” He moaned, rolling off his back onto his side. Max blinked his eyes a few times before viewing his surroundings for the first time. He was in a clearing of a low-density forest, the closest tree being maybe 20 meters away. Max sat up after a long deep breath.

Welcome to Nava, Lost One. Since this is your first time on Nava, would you like to contact a local government? Y/N

Note: This is recommended and will provide you with an automatic tutorial for the System.

Max figured that would be wise and willed the Y to be selected.

Please wait while the system contacts the appropriate branch… This may take a few minutes.

Max sat there in absolute wonder. Even in a new world, I have to be on hold, Max grinned. At least there were some similarities to Earth.

The tutorial will now commence.

Nava is governed by the System. All sentient beings have the System and abide by its rules. WARNING: Tampering with the system outside of allowed parameters will be punished by death.

For all commands, simply will the desired effect. For example, will the “profile” to view information about yourself.

Max tried and was rewarded with a box of information.

Warning: Some information will be hidden until you meet the requirements.

The “Lost Ones Inventory” is a special personal inventory that is imbued within the System. Note: System based inventories will increase size with level.

Non “Lost Ones” can achieve similar effects through the use of magic.

Max willed his inventory box to be shown. The box contained smaller boxes in a grid format. There was a total of 15 boxes. Only the first box was filled. Max willed information about that inventory slot.

“Lost One catch up chest” Use now Y/N

Max opened the chest right away. From experience with video games and fantasy in general, Max knew that chests could contain very valuable items.

The following items have been looted to your inventory:

Use: Learn to speak and understand most Nava Languages.

Use adds a simple minimap to your system. Can be upgraded.

Use: Grants the user a “Racial trait”. Effects vary.

This letter will explain who you are. Allowing some doors to open while also closing others. Use wisely.

Max looked over his items. He wondered why only some of them had descriptions. He looked at his inventory again. 8 of the 15 slots were filled. Max noticed at the bottom 100 gold was listed. He figured there was a separate slot for currency.

Gold coins as a currency huh. Guess I’m in a medieval magical world just like a game.

This thought, while amazing, also gave Max a feeling of dread. He was so far from everything he ever knew and loved... So very, very far.

After wallowing for a few minutes, Max removed his new sword from his inventory. He looked at the shiny new steel. Max felt the cool metal and touched the sharp edge. A box appeared.

Congratulations: You have learned the spell Inspect.

Inspect (level 1): Peer into the very fabric of the System finding knowledge that might otherwise be unknown.

Max grinned. He willed his new spell feeling a slight buzzing in his brain. He thought that the feeling was like resting your head on the headrest of an idling car.

Made of well-crafted steel, this sword will prove to be a great beginner weapon.

Huh, now that's pretty cool. Max slipped his sword back into his inventory taking out his brown cloak. The cloak itself was nothing special. Just a simple cloth poncho with a hood. This will be good to keep the elements off me. He thought. Using the same method as before he inspected his item.

This cloth cloak does not provide much protection other than from the elements.

Max figured he should equip the cloak. But he wanted to try out something he learned while playing video games. He put the cloak back into his inventory and stood up. He willed the cloak to be worn directly from his inventory. The cloak appeared out of thin air, perfectly situated on his body without the hood up.

This brought him out of system trance for the first time in a while. Max looked around wondering where to go. He thought he should find a river, maybe follow it downstream. He hoped to find a village or town. He was ready to move out but realized there was a simple fix to this. He took out his mini map runestone. The stone was a rock. Nothing special other than it was perfectly smooth, and the engraving. The engraving itself had a slight blue glow to it. The same glow that the boxes made. Max noted that the rarity was listed as Mythic, Max figured that it was rather rare.

Max willed the item to be “used”. The stone’s rune began to glow brighter and brighter until the stone just poofed out of existence. Max slowly closed his hand. The stone is not invisible… Did I drop it? Max looked around, in search of his runestone. Slowly he saw a flashing red 1 on his system. He willed the 1 to enlarge, just like opening an app on a smartphone. He was greeted with a box.

Congratulations: Minimap has been unlocked!

Max willed the box away and looked at his system. Or rather his HUD. In the top right corner of his field of view was a slightly opaque circular map. The map was mainly green from the leaves and grass of the forest. This is going to be helpful to find a river.

Max was going to use his other items he got from the catch-up chest when he heard a bush ruffle. The reality of the situation suddenly hit Max. He was alone, lost in a forest, and on a different planet. He did not know what might be out there., but he figured that it could be very bad. The leaves parted away, and Max could see it. The thing that was in front of Max was unlike any animal that he has seen on Earth. It reminded Max of a cross between a badger and a wolf. The monster stood about knee height. It looked at him, judging if he was a threat or food. Max meanwhile tried to inspect it.

It was at this moment that Max realized why the Goddess Ofes bragged about a Lost One being so old. Most would die before they even get a foothold in the new insane world.