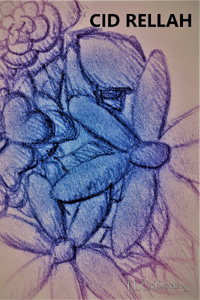 A reverse type of Cinderella story, and first in my fairytale series.

Cid was eight when his father died, leaving him with words of wisdom, not only for a business but for life in general. At the age of eleven, Cid’s mother died, leaving him with fond memories of what it was like to have a mother and good times. But…
His mother had remarried before she had died, because she was worried for her only son, and Cid was left with a stepfather whom already had two sons to his late wife.
Cid’s stepfather and stepbrothers may play tricks and try to take what isn’t theirs but there seems to be at least two people that have stayed by Cid’s side, and that is a long-time friend, David, and a Princess.
Working many hours because he is someone that brings business to his step father, Cid is trying to find a way to disconnect from his stepfather and live a life of a man…A man that would be in charge of his own life and not be ordered around and be treated like a slave.
Events lead to Cid delaying this goal of his, like that of the Princess’s troubles with marriage and the continuous pestering of not only his stepfather but stepbrother as well.