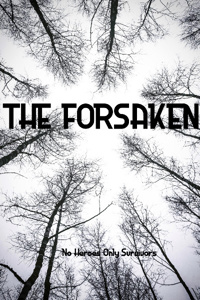 The last defenders stand fortified in front of the castle courtyard encircled by Northmen from all sides. Summoning what strength remains to simply stand amidst heavy breaths and wounded flesh.
“Chief Bjorn Dreadblade,” the mystic says as he approaches.
“What is it now? Victory is but a step away,” Bjorn says, domineering.
“They are dead,” the mystic adds.
“So, you mystics can die,” Bjorn says as he laughs.
“You do not understand. They could have defeated one of them, but not the other. There can be only one explanation. They used magic,” the mystic explains.
“So what? How does this change things?” Bjorn asks.
“It means this is a trap,” the mystic says.
“An amazing trap to make them all die to us,” the chieftain says as he laughs.
“There is another problem,” the mystic says.
“Speak quickly, my patience grows thin,” Bjorn says standing over the smaller man. There are not many who can rival the stature of Northmen chieftain.
“Soon reinforcements will arrive. We can seize the city but cannot hold it,” the white-haired mystic explains.
“What? You said no one fled from the city. How could they have called for aid and how could it arrive in such a short time? Did you lie to me?” Bjorn Dreadblade says as he grips his sword, ready to strike.
“No. No one left this city. The only way this is possible is if they called for help before we attacked. And the death of my brother and sister... this is a trap. We have been fooled. It was a work of an ancient. No one else could have orchestrated this,” the mystic says.
Through countless battles, the mighty Bjorn Dreadblade never fleed from a single one. In fact, it was always his foes that fleed as the giant massacred all in his way leaving nothing but death and dread thus the name Dreadblade. Is this the first battle I will leave, Bjorn thinks? He smirks at the notion.
“Calder!” Bjorn yells as the one-armed savage by his side approaches him.
“Should I die you take the army and flee,” Bjorn commands.
“Yes, my chieftain,” Calder says as he nods.
“Die? What are you talking about? If we move now, we can...” the mystic speaks as he gets cut off.
“Silence, mystic. This is the way of the Northmen,” Calder says.

The giant of a man approaches the defenders alone as he dismounts.
“My name is Chieftain Bjorn. They call me the Dreadblade. There is one of you here. The one of death. He knows. I challenge you to combat. I shall send you to the afterlife so you may join your brothers and sisters,” Bjorn yells as the defenders look in confusion.
“Is he talking about you?” Shaphas asks Tyr.
“Bearer of the white blade, are you a coward, or are you death incarnate?” Bjorn yells.
“He is. Isn’t he?” Shaphas says, " Are you planning on accepting?” he asks.
“Why should I? My entire life has been war. I’m fed up with it all,” Tyr says.
“I know about the black knights. I know what happened to them. And I know who is responsible. Fight me and I shall tell you this before I send you to the afterlife,” Bjorn says searching for his foe. There is no response. Chief Bjorn shakes his head as he turns back to mount his Fenrir.

Suddenly, a man appears through the crowd.
Chief Bjorn Dreadblade turns around with a grin on his face.
“Tell me!” Tyr yells.
“Your fate came as your folly. You and your kind lived by the sword and died by the sword, but there is one you could say struck the last blow to the black knights,” Bjorn explains.
“Who?” Tyr asks, impatiently.
“The one that made you is called Hekate. She used you and many others as simple pawns for her fight for power. Ultimately, one of her enemies was the one you failed against. His name is Boreas. He is something akin to a god in the north. Now we fight!” Bjorn says as he raises his sword. The Northmen in the back unleash war-cries.
“Wait! How do you...” Tyr asks as Bjorn’s blade flies in his direction; he quickly dodges to the left. The mighty blade breaks the stone pavement.
“No more talk. We fight!” Bjorn yells as he raises his sword.
The giant Northmen towers over Tyr. His speed, compared to the tiny man, does not falter; the strength of his blows, overshadows. Another strike! Tyr deflects it to the side and before he can stabilize another and another.

Having experienced many battles, he realizes the price for directly blocking such a powerful attack would be immense. It is better to deflect its trajectory and dodge with his body. In battle, one must use whatever advantage he has, for there are no second chances. The winner gets to keep his or her life while to loser forfeits it. It is as simple as that.
“We need to move,” the onlooking mystic says.
“We do not move until the battle is over,” Calder the one armed-man says as he watches his chieftains battle.
“You are fools!” the mystic says as he walks and disappears into the crowd.

One strike of the blade, after another the two warriors speak to each other through the cold relentless steel. A sweeping slash from Bjorn, a crouch from Tyr as he evades losing his head both figuratively and literally. Tyr goes in for the thrust as Bjorn takes the impaling attack only to grab the sword and try to cleave his foe in half; Tyr jumps away as he rolls to safety. Bjorn looks at the drawn blood from his chest as he laughs.
“Good!” Bjorn Dreadblade says as he loudly screams. The sheer power of his voice commands the onlookers to silence.
Tyr’s breath is heavy, his body hurts even though he didn’t take a direct hit, it still hurts. He feels dread! That is the price for fighting chieftain Bjorn Dreadblade. His name, well deserved.
“I am death. I am death incarnate. Those who look at the eyes of death shall know eternal darkness,” Tyr chants.
He lunges forward at Bjorn as the two exchange a flurry of blows with inhuman speed; the onlookers look with fear and respect.
Are they human? Who can say? The sight of their prowess commands admiration. If not for the steel clashing against steel there would be absolute silence across the battlefield.

Every time Tyr blocks the might of Bjorns attacks pushes him back; every time Tyr is pushed back he counters, drawing blood. The giant stands with multiple cuts, all superficial, but they take their toll. There is some distance between the two, there is a slight pause. Bjorn takes out a black plant as he eats it.
"A berserker," Tyr exclaims.
“It is time to finish this,” Bjorn says as he screams even louder than before; his eyes turn red as he becomes bloodlust incarnate. He attacks! Each attack is stronger and faster than the previous. The onslaught of the giant is hard to stand. Exhaustion covers Tyr as he lies on the receiving end of the countless attacks.
“Is this all you have, black knight?” Bjorn yells.
“I am death,” Tyr says as he moves for closes a distance and swiftly attacks once.
“I am death incarnate,” Tyr says as he continues with two more attacks.
“Those who look at the eyes of death shall know eternal darkness,” Tyr chants again as though he submerges his entire conscience in his chant, losing his sense of self.
Their swords splinter, their bones quake, their blood boils. Tyr evades his foe's attacks by a hair’s length. With others he is not so lucky, blood spills as flesh rends. Bjorn attacks once more as Tyr blocks it, he falls to the ground. One attack in a straight line to split the men in two and finish the fight; Tyr dodges to the side as he instantly stands. Another attack to cleave the man in two; Tyr quickly crouches, to evade it, and as the sword passes in the next instance, he lunges himself with the transcendent speed forward, cutting the throat of the giant. He turns his sword upside down as he, from the back, thrusts it into the chieftain’s throat. The giant drops his sword as he turns towards his men, smiling. Bjorn Dreadblade hits his chest two times as his men do the same. The proud Northmen unleash one last war cry.

“I die today but my deeds shall live forever,” Bjorn says as he falls on the ground and dies smiling even in death.
“Attention men! We retreat!” Calder yells as the Northmen begin their retreat.
Tyr falls on the ground from exhaustion; the world is turning dark.
The last thing he sees is a shadow looming over him.
“Aion watches over his chosen,” the man says as he drags him back into the defense lines.

The battle is over. Union stands.