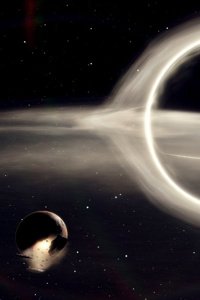 Remove Ads
Previous Chapter
Next Chapter
A note from EpikMogul

Thanks for reading past the first chapter! I'm not entirely sure what the upload schedule for this story will be, but I intend to upload a chapter every week.

Art rubbed at his wrists, where the sting of the plasma chains still lingered. He was following the robed man down a massive, curved hallway. Dotting the floor were lights, filling the expansive space with a calming yellow glow. Quickening his pace to catch up with his captor, Art felt his confusion shift to anger. He had joined Yvartech Intergalactic’s security division to escape his dangerous past. It was common knowledge, after all, that nobody was dumb enough to assault a Yvartech transport. Nobody except this horned Human apparently. Being psionic notwithstanding, GALPOL would have him dead within a rotation.

“You know you’re a dead man walking, right?” Art said, his anger apparent in his tone. Psionic or not, Art was still alive, so he was apparently needed that way. He might as well get some satisfaction.

“You’re not the first person to tell me that.” Replied the man, projecting his voice into Art’s head. The dissonance between hearing his voice, but not seeing him move his mouth was bizarre. It was as if it wasn’t really him talking, but instead Art’s inner monologue speaking on his behalf.

“They will try.” The horned man replied wryly. “They certainly have before. But you’re no stranger to the Galactic Police, are you Artaxerxes?”

Art froze in his tracks. Nobody ever called him by his full name, but more startlingly, Art had never introduced himself. Even his Yvartech security tablet listed his name as Art.

The horned man also stopped and turned back around to face him.

“In a manner of speaking. What we can do is read the energy signature of other beings. You seem to attach great importance to your name, making it rather prominent upon your solar soul.”

“My solar what? Look, if you’re trying to intimidate me, it’s not going to work. Either kill me or explain why I’m still alive.” Art said, his anger creeping back in.

“You’re alive because you have potential, Artaxerxes. Are you aware of how much easier it would have been for me to kill you back on the Integrity? Your continued existence came at no small cost to me, and I intend to garner a return on my investment.” The horned man said. This time, he spoke the words aloud, his voice the same as it was inside his head. Silky smooth, and with an accent he couldn’t place.

“So, I’m to be sold into slavery, is that it? You know I won’t fetch a great price; Humans are all but worthless outside of Sol.” Art said defiantly.

“Do not be silly. Your potential is too great to be squandered on some labour camp in Far Space. Let us resume our promenade, the lumen room shall clear the fogs of your future.”

“Can I at least get your name? I feel like it might be racist to keep calling you ‘horned Human’ in my head.” Art said, realizing that the horned Human’s verbal speech may be a sign that he was opening up.

“My name is Cyrus Del-Shir. Horned Human is acceptable too, after all, I am a horned Human.” Cyrus said, a small smile playing at his lips.

Cyrus led Art down the conspicuously empty hallway, ignoring the branching paths until he came to a brightly painted door. It bore the image of a bright sun, with flames seeming to dance around the core of pure gold. Written in Unit were the words ‘Lumen Room’. With a small gesture from Cyrus’ hand, the door slid open to reveal a lush garden, with stasis-lamps floating around the domed ceiling. It gave the impression of an Old-Earth jungle at night, the lamps twinkling mischievously. Winding through the massive space was a dirt path, as if this room had been specially made to emulate the loamy terrain that once caked Old-Earth. Cyrus led Art deeper into the greenery as the door behind them slid shut.

“How long do we have until we cross the second Gravity Pylon?” Cyrus said, speaking into a small wristband. It had been hidden under his large robes and looked quite similar to the comms the Yvartech officials used.

“About 2 hours, boss. Paragon predicts 10 hours until lightspeed.” Replied Nobo. Art vaguely recognized the voice from when he was comatose, and scowled, reminded of his failure on the Integrity.

“Thank you Nobo. Have Paragon activate the lumen room.”

Cyrus turned back to face Art, who was still scowling in his direction.

“Relax. What happened on the Integrity was unavoidable. Yvartech has been looting Old-Earth relics for so long, they were bound to get hit. It just happened to be the Oblivion Seekers that did it.” Cyrus said matter-of-factly.

“You killed a dozen people. I can’t forgive or forget that.” Art bit out, coldly.

“You’re no stranger to murder either, Artaxerxes. Those stains on your soul you try so desperately to hide tell a dark story. I imagine you understand better than most that death is unavoidable in this part of the galaxy.”

Art was about to spit out a scathing response when the atmosphere of the room began to change. A small circle at the apex of the dome lit up, glowing with electric charge. The current passed down through the metal dome in thin lines, polarizing the molecules as it passed. The result was a spectacular shift from chromatic steel to transparent glass. A wide grin spread across Cyrus’ face, as Art stared dumbfoundedly at the arresting scene above him.

The system’s trinary suns cool blue glow diffused into the room as the dome redirected much of the light into the center of the forest. The forest was bathed in cerulean, and Art felt as if he was suddenly the center of attention for an immense crowd. Further down the dirt path a pedestal was now illuminated, the suns having their light focused directly on that point. Every instinct in his body told him to stay as far away from that power as he could, else risking total disintegration in the face of pure energy.

“Do not listen to the base instincts of your ancestors. Step forth and become the focus of the lumens.” Cyrus said, a dire insistence in his voice. “Step forth and ascend.”