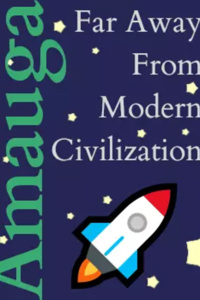 Amauga: Far From Any Semblance of Modern Civilization

“Curses! First, Ansgot messed up, now that blockhead Karles refuses to cooperate with us! He even made it that until a new head is inaugurated, all decisions in the Science Division are to either be made by the retired head or by unanimous decision of all its subdivision heads.

Make Ansgot retire for this blunder!”

“So who is the next head of the division?”

“There's none yet, all subdivision heads have expressed their explicit disinterest in becoming the new head.”

“Were you at least able to get them to agree to abort the Orion's exploration mission of the Tamagon Galaxy?”

“No, they had security throw us out the moment we suggested that. Our operatives were all banned from their buildings.”

“You better get Former Admiral Cayden back before it comes to the worst.”

“You speak as if it doesn't matter to you.”

“Not anymore, I'm resigning. This council has lost its values, so resigning the correct thing to do.”

“I was finally able to get someone to elaborate: a former assistant of the admiral.

The subdivision heads are scientists: research comes first. Former Admiral Cayden was doing all the administrative work. And she was brilliant. All assistants gave up because they couldn't keep up with her. Everyone in the science division knew, without her, the science division would collapse. She always puts her work first. Joint administration by all subdivision heads is only a stop gap that can barely support the status quo. They were about to propose her to take some time off to ease the burden on her for a bit when they heard the news of us forcing her into retirement. They recommended stopping any unnecessary intervention with the science division; all the staff are very unhappy about how she was treated.”

“Did you find Former Admiral Cayden?”

“According to witnesses, she didn't return to her estate after the conference. To our knowledge, there hasn't been any contact with her ever since.”

“Continue looking for her!”

“I used some favours, but none of them were able to find any trace of her. But I was able to find there was a suite booked under her name on Nael-Ⅳ.”

“What are you cretins waiting for!
Move!”

“The suite was empty, the resort reported the shuttle that was arranged to the parking of that suite never arrived. It was paid in advance, so they just keep it open in case they arrive late.”

“Did you find out whose's shuttle it was?”

“The shuttle belongs to the Garet Transport Company.”

“What did they say?”

“Send someone to wait for her there. She might turn up.”

“We found another suite booked. Same shuttle as last time. But it was empty as well.”

“She has been setting false trails?! Curses!”

Support "Amauga: Far From Any Semblance of Modern Civilization"

Bio: IT Guy getting into writing fiction.