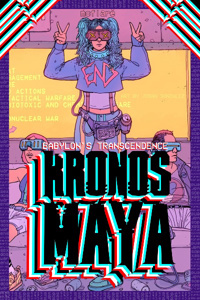 I wanted a farm... but not here

THIS IS AN OLD 2015 NOVEL AND HAS BEEN DROPPED

In a world where fiction becomes reality, the truth lies. In the twenty-third century, privacy has become ancient history to mankind, advertisements had become sentient. Humanity has almost reached its peak, one step closer towards becoming deities. Everyone now lives in a world between reality and fantasy, as corporations gain more knowledge for power, connected by the global cyberscape network surrounding the world.

This world order is immediately broken when the perception of time collapses, leading to the inevitable end of this world and to the opening of a new shattered world where the line between truth and lie; reality and fantasy is blurred.

I wanted a farm... but not here