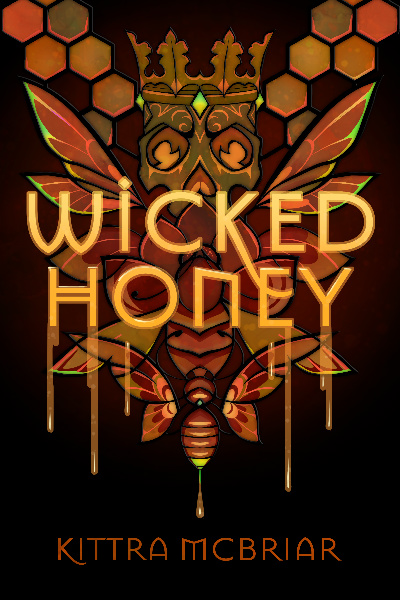 Juniper Savine has three goals: first, to clear her father's name. Second, to win the competition to become the king's head chef. Third, to get revenge. As a sensari of Taste, Jun's got magical cooking on her side--and that's about it. If she fails, she faces sacrifice to a wrathful god...but that's the least of her worries. Dark secrets and the people entangled in them hound her every step. The cherry on top? She's pretty sure she's falling for one of her most bitter enemies...the daughter of the man she intends to kill.

Oh, and her burly guard, too.

~A polyamorous tale of love, revenge, and magical food wars set in a world with a magic system based around the five senses~

Reviewed at: Sugar and Spice

No, like, wat. Who came up with this? What point in somebody's mind did they do a think-tank worth of thoughts while doing countiuos front flips in ryhtm to pretty much all the Dragonforce songs at once? While not seen before, the ideas seen behind this story are actually damn interesting.

To be fair, I have a bit of bias against some parts of this story(that being the character descriptions), but that it more due to a general dislke for them rather than them being done poorly. Therefore, I'll say it was done well and leave it at that. Grammar was good enough.