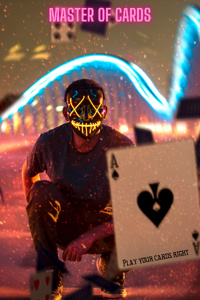 Set in a world where magic and the modern world exist.

Kael Webster was a loser in his first life. He lost everything all because he refused a deal. His girlfriend left him, his family murdered. The businesses that he had inherited from his family dried up because of sabotage from his other family members.

Kael lived a total of 52 lives ever since then. By the end of the 52nd life, he slayed the Malevolent Gods that ruined his family when he was Kael. He was given the chance to return.

So he did. Now returning as the 18 year old Kael Webster, fresh in college and about to start his life once again. Only difference? Kael remembers all 52 lives he had.

Now what is he going to do?

This is my first review, so please bear with any mistakes I make.

Style: The story is filled with action, and the fight scenes are written very well,  painting a picture of rapid motion and bloodshed. This is not for anyone with a weak stomach. Honestly, it took me a few chapters before I could really get into the story, but I grew to really enjoy it the more I read.

Story: This tells the story of Kael who has lived 52 lives and gets to be reborn back to his first life, which he failed to live well the first time. He goes about setting aright what he did wrong the first time. The pacing is fast and furious, filled with adrenaline pumping action. The card on the cover intrigued me the first time I saw it, and I wasn't disappointed. The magic is fun and there a whole lot of possibilities waiting to be explored.

Grammar: There are a few typos and tense issues. Considering that this is a rough draft, it is normal for such errors to happen. The grammatical errors didn't affect me much, and I was able to understand everything quite easily.

Character: So far, only two major characters have been introduced, Kael and Lucius. Kael, the MC, is short tempered and overpowered. This combination means it doesn't go well for anyone who irritates him. Since he's lived through this life once before, he knows the deviousness of the people around him. The dynamic between him and Lucius is fun to read, especially during the later chapters. His living weapons all have their own personalities, and they're just beginning to come out.

It is just too much to put behind me that a character who was supposed to have lived so many years, accumulated so much knowledge, and would 100% be incredibly patient, acting like someone who has lived less than 20.