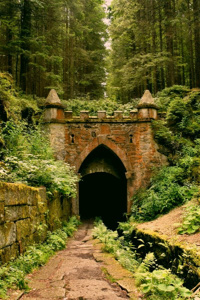 A planet can only take so much abuse before it fights back, and with some help it does just that. Unfortunately this spell's serious trouble for the inhabitants of said planet. Join Aiden on his journey as he wakes up to this new reality. Watch Aiden and those who join him as they struggle for survival in this newly "Awakened" world which has danger and adventure in equal measure.

This is a Litrpg story with Kingdom building and exploration aspects.

it´s not too bad, but not good either

This story might be a nice power fantasy in a system apocalypse setting. But includes all the well known mistakes and tropes too.

Rather thin side characteres, which have basically no personality or skills and are completely helpless without our Mary-sue MC, who immediatly knows how to fight and behave in this new situation and can even correct her fighting form...

N e e d m or e w o r d s, s p a m, s p a m  sory for spamming, stupid minimum 200 word requirement, i swear i have seen reviews consisting only of 1 sentence, how did they do it. Why do i have to submit so many words....
Come on, please just let me create this review

Perfect example of how not to write

This story is a must-read for all aspiring authors out there because it is such a great example of how to do things badly, and thus an exemplary teaching aid for all future novelists.

Let's start with the plot of the story and the world building: this is all fairly standard system apocalypse stuff, although not done particularly well in this case. Our main protaganist finds himself on a college campus when the apocalypse starts and, despite having no pertinent skills or experience, and being rather slow on the uptake, manages to be the first to kill an elite mob and gains a bunch of stats. He then finds an attractive girl and teams up with her, and the author doesn't have to give her any dialogue because she's mute.

They then become the first in the world to do a whole lot of other things, like finding dungeons and clearing them, despite them not proceeding at a particularly fast pace and there being seven billion other people also doing the same thing. Thus they are powered up even more by the system for no real reason.

They then come across a one dimensional group of rapey men and a bunch of victim women and girls, because of course, that is the first thing you do when you are invaded by hundreds of monsters that want to kill you - you grab the nearest group of girls and have your way with them. You don't think about self preservation of anything like that.

The protaganist then goes on to be the first in the world to do hundreds of other things so that they can save the world despite not having any talent or skill whatsoever.

The main character is an author self-insert Marty Stu that has no personality, background, drive, or any actual character. The love interest is a mute simply because the author is too bad to write any dialogue. Other characters appear to be there just to lionize the main character.

The story itself is fairly standard system apocalypse stuff. Nothing extraordinary, nothing new, nothing great.

The grammer - ouch! I have never seen so many incorrect apostrophes in my life. It is almost as if the author is deliberately taking every single word that ends in an 's' and adding an apostrophe before it; whilst also taking every place an apostrophe should be and leaving it out.

So, in summary, this is a must-read story because it teaches you every way *not* to write a novel.

Strong litrpg elements, less so other.

I like the start. The usual Guy Kills Stuff, Gains XP and Loot. But now we're more into base building stuff, which has problems. (1) The MC makes the choice, off hand, to destroy the old buildings in his area, for no reward. This is insane in a post-apocalypse kind of scenario, when you need every possible resource. Could be justified by the author- deadly black moss was going to chew through everything in a few weeks anyway, etc etc. But going from wondering if they needed to resort to cannibalism to this was jarring. (2) The author shifted from showing the action to telling what happened. (3) When picking what buildings to build in his fief, we're just told what he picks, not other options, and not really given the thinking behind what he picks.

Grammar isn't bad. The MC doesn't have me hating him yet, so I'll keep on reading. But I bet I'll drop this eventually.

So this is a apocalypse litrpg and while it is cliche it has some good bones. However the problem is with the characters they are bland and don't grow and Victoria is borderline problematic this could be good but it's going to need some rewriting and some cut down of all the litrpg fluff. I do like the town growth stuff I always wish that other authors add more of that and while I think it's written a little clunky and maybe a bit to copy paste I like the direction it's headed

Enjoying this through and through. Well paced with a fun concept and an enjoyable world, city, and charactor building going on. Well thought out system and well edited overall. It's slightly gritty without going overboard and touches on the dark underside of humankind while remaining optimistic. Looking forward to seeing what comes next and how the world gets built out.