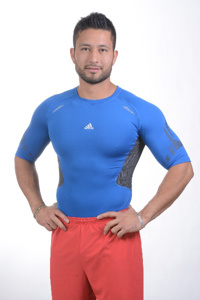 Raul Medrano had believed he was a normal human his entire life until the day he turned 21. The night before his 21st birthday he had a strange dream and acquired something dubbed a "system" that swore it would help him adjust to his status as a "higher being" and a "reality reshaper". And so began Raul's life as an immensely powerful adventurer who has and uses a variety of powers to change his world, and the grander omniverse for the better.

This story features an overpowered protagonist who meets and faces off against other overpowered entities, but it begins with the protagonist in a small world where he swiftly becomes one of the big dogs so conflict, in the beginning, isn't going to be especially challenging.

This story also mixes elements from my own distinct setting, the multiverse in which "A Solitary God" takes place, with elements from the settings created by people over on the NSFW CYOA (Choose your own adventure) subreddit, such as TroyxPage, and specific CYOAs such as "Goddess of Mankind" and "Love Azathoth" into one distinct, wholly original story. When relevant I'll post links to the CYOAs a chapter references in the author's notes section.

Image credit: I got the image for the cover from Pixabay.

This story was posted originally on ScribbleHub and will continue to be posted both there and elsewhere.