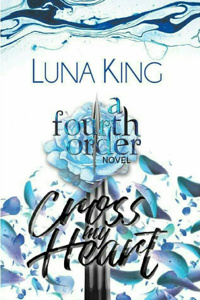 Misoo is being hunted by demons ever since she's a child.

Despite everything, she doesn't wish to uncover the truth about her real identity. Unfortunately, she met a boy his age that claims she's not human.

That boy, named Syndrome, introduced himself as a Demon Hunter. Apparently, it's his job to slay demons called 'Undertakers'--- the same demons that have been hunting and haunting her since she can remember. Plus, Syndrome also claims that they're the 'same.'

Now, the "Demon Hunter" is adamant about bringing her to the Fourth Order--- the secret society that deals with demons and other supernatural stuff that's supposed to exist only in the webnovels.

She was determined to ignore him, but a tragic event forced her to come with Syndrome in the end.

And once Misoo enters the Fourth Order, she eventually realized that she's more special than what she wishes to be.

After all, she's the existence that could either make or break the Fourth Order.

[This is Luna King and this is the English translation of my novel 'The Fourth Order Series.']