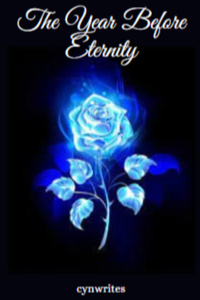 The Year Before Eternity

A retelling of the classic tale, Beauty and the Beast.

After 100 years, Kieran Pietre Erik, Crown Prince of Gaerin, has lost his chance to break the curse that befell his kingdom. Now, he lives for all eternity as the beast. The only people left alive in the abandoned castle to keep him at bay are a maid, her child, and the Prince's guard. Stuck in an endless cycle, they've lost all hope of freedom.

Until someone resets the curse.

Astrid Delacroix is beautiful and intelligent - and vain. She longs to be free of her boring life in her small hometown, where she has to put up with the small-minded. She toys with the people around her; she knows she doesn't belong in their world. The only things keeping her from running are her ill father and their crippling finances.

When her father, in a desperate attempt to steal a rose made of solid gold from an abandoned castle, is held captive by a beast, Astrid switches one form of captivity for another. But her attempts to gain her freedom trap her into the curse that imprisons the castle's inhabitants.

Now, with a new addition to the curse, they are given one, final year to free themselves from this neverending nightmare.