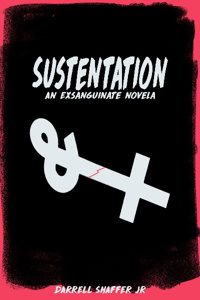 Professor Tiana Hicks, divorced, no children. Drives a 2015 Impala and lives alone. She’s been teaching here for seven years; teaches remedial algebra, introductory theater and film study. I started coming to this class because I was stalking her. She was going to be a victim; back when I was breaking in homes instead of just luring women to me with sex. She was saved because I found her film class really interesting. I stopped following her and started coming to class instead. She brought in so many different films to watch from all over the world. Films with so many different places I could never go, languages I could never learn, people I could never be and tragic stories that weren’t my own. That’s where my love of movies came from; I’m forever grateful of her because of that.

I’ll never tell her, but I’ll always show up to class and even participate when discussion is quiet. I’m not a student here, but she doesn’t check attendance. All of the homework and tests are online, so I don’t have to turn those in either. In a class of 128 people I’m free to just drift in and out as I please without anyone bothering me. Some people have TV shows they never miss, I have this class. Before coming here, I had never realized that people could have such different ideas on the meaning or even endings of film. I know people are all different, but I didn’t know, don’t know, a lot of other people. The people I do know don’t discuss personal hobbies or interest. My conversations are no different than paying for gas or buying groceries. I have the syllabus, I could just see what movies she picked out for the semester, but I come, I take notes. I re-watch the films at home if someone says something that catches my attention. I didn’t even finish grade school and now I’m happy to go to a college class twice a week for two hours at a time.

Tonight, we’re watching and discussing Spike Lee’s Da Sweet Blood of Jesus. I’ve already seen it, and I don’t hate it. The film is a remake of Ganja & Hess, one of my favorite films of all time. I really hope we watch the original version, the Bill Gunn cut, not any of the theatrical versions they put out. Hess is turned into a vampire and survives by murdering prostitutes for their blood. The first time I saw the film, I hated it, but that’s where I got the idea to go after prostitutes and women at clubs. By the time anyone asked questions, it would be too late. Ganja comes to find her husband, and he’s dead, stuffed in the freezer. She still falls in love, kind of. Then she becomes a vampire too. He teaches her how to survive and then things go wrong as they tend to.

Everyone understands that the film is about addiction. Every interview and review has repeated the thought over and over again. But, I’m a vampire, a Black vampire, I just view the film differently. I understand the alienation Hess faces from the very start. He’s rich, smart and at the top of his career. Still, his white coworkers hate him and he can’t seem to find anything in common with them during the party he throws. No matter what he does, he can never find a place to really be accepted.

It’s funny really; people always pick up on the addiction but not the way they become addicted. Hess is stabbed, forced into addiction by someone who dies right after. It’s like, an addict forces you to partake and then they overdose. He’s addicted, lost in the world, no guidance, no way to get free. The church kills his addiction, but at the cost of himself.

Then there’s Ganja, she jumped right at the addiction. She had so many chances to run, but she kept chasing it. She could have, should have ran when she found her husband dead. Instead she became obsessed with it. She seemed like she cared about Hess, but she never did. She cared about the lifestyle first. He was rich, had the life her husband promised her. She didn’t care that he was out hunting or left him alone in the mansion. It was what she wanted. She didn’t care that he worked for all of that, she only saw the addiction. If he could be successful with the addiction, it would make her successful as well. Hess even tried to warn her at one point, she didn’t care. His warnings meant nothing. It was like watching Joe Clark tell Sams to jump and kill himself, but instead of promising to stay clean, he jumped. She didn’t just jump, she dove in head first, throwing away her past life for a chance at this. She killed her past, the same as Hess did; she just never cared to get it back. That’s what addiction does to people; they lose parts of themselves or willingly throw them away.

The same can be said for vampirism, I guess. You either turn, and have to change everything you know or you willingly throw it all away to turn. I never had a life to throw away or be taken away. I was born like this, always an addict with no way to cure myself. Always dependent on blood, fresh blood. There’s no other way for me to live and I was never given the option. Am I a bad person if Ganja pisses me off?

She never noticed that Hess was in pain. She never noticed that he was a social outcast, looking for connections but could never seem to find them. She never missed her husband, but he never had a wife to miss. Then when she did marry him, she still didn’t care about what he was going through. He was struggling trying to remove his ties to the church. Hess knew the church would kill what he had become, but there was nothing to go back to. He was visibly struggling with his own existence and she brushed it off for some new clothes and a big house. The life she loved so much, that she chose, wasn’t chosen for him. He sat there dying and she seemed emotionless, almost as if she felt he was stupid. She didn’t even mourn his death. He was suffering through trauma placed on his shoulders. He wasn’t suffering in silence, but everybody ignored his screams. He kept calling out for help and nobody ever came.

I was the same way. I used to scream until my throat burned and my chest hurt. Nobody would ever come to help me. I’d be punished instead, more pain. I didn’t even know the words to explain what I was dealing with and I was being punished. I just wanted to live and I couldn’t even figure out how. Sometimes I wonder if Hess had the right idea when he just decided to kill himself. There was no way for him to help himself and nobody was willing to help him. It makes sense, to end the pain when there’s no solution in sight.

It’s a film about addiction, but also about if you can accept yourself. Hess couldn’t accept himself, he went from being a top archeologist to hiring prostitutes to murder them. Ganja accepted herself, and even if I don’t like the way she did it, I made the same choice. When I got a chance to be free, I didn’t look back. I don’t live the rich and fancy life that Ganja did at the end of the film.

“Vampires, they aren’t real,” Professor Hicks begins to wrap up the class. “Still, vampires find themselves in our cultures over and over again. Not just Dracula or Nosferatu, but legends dating back to ancient Greece or Mesopotamia. Yes, these stories are used to produce fear and enjoyment. But, I believe vampirism can be used as a stand in for the ills of our society. In this film, addiction is the issue being tackled. But, who is to say that the next modern vampire masterpiece won’t use vampirism as a stand in for capitalism and our need to constantly consume the latest and greatest product? Next week we’ll be watching a version of Death of a Salesman. I want you to think about what success means to you over the weekend. I’ll see you Tuesday and remember, watch for vampires. Not just the real, but the metaphorical in your life,” I love the way she speaks.

Bio: I'm just a dude who enjoys writing in my spare time. I mostly write micro fiction, and short stories, but I've written some novels; most of which will never see the light of day but there's a few available on the web.