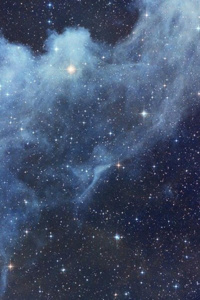 Valerie Endmarch never believed in her mother's stories. She thought they were just fantasy, something to listen to at bedtime that grew into something more.

She never believed they could be real.

But dreams of a gate of stars lead to secrets being revealed, and Valerie learns she didn't know her mother as well as she thought.

Now she must go to Aldor with her mother, where she will learn to wield new powers and make new friends.

All the while, the very forces that drove her mother to flee to Earth begin to take note of a Rising Star.

Rising Star follows a tried and true formula of the fantasy genre.

It's execution is tight, plot sensible, characters engaging, and op-ness within reason. Events and training have been reasonable. Risks have a clear feeling of danger to them. Fights and action sequences are succinct and flow smoothly.

Rising Star is less of a traditional isekai because there is no body/identity swapping or waking up in dark forests. It is more of a fantasy story wherein 'a farmgirl discovers her heritage and travels to the magical academy' (with any actual farm being strictly metaphorical). It's even more wholesome because Valerie has her mother (and her old friends) to rely on as a support network.

Rising Star is going places. And I hope to see it on Rising soon enough. ;)

This is a fairly refreshing take on an isekai, if not quite well executed.  Overall, the worldbuilding is rather entertaining, if a little difficult to follow and not hugely consistent. Meanwhile, the characters and the plot are adequate.

Style: On a microscale, it's a perfectly serviceable style.  Sentences and paragraphs flows together nicely and help drive the story forward.  Ocassionally, there's a bit that gets bogged down in too much detail and the pacing slows too much, but those are relatively rare.  The more problematic style matter comes from shifts in POV rehashing details that the audience doesn't need (but the characters do).

Story: The story is interesting.

A teenage girl of a single mom on Earth finds out that her mom is actually a legendary mage from the fictional stories that she tells.  She was exiled after committing a massacre due to her husband being assassinated, but thanks to the teenage girl awaking her magic, they can now return so that the girl can go to magic school.

Frankly, I think there are some serious plot holes in that, especially once we get to the exposition chapter where mom sits down to tell the story. I'm unsure if it's a matter of poor writing or if there's some Manchurian candidate shenanigans about to happen.

Other than that, the plot is fine, if slow paced. It's definitely slice of life, and with 29 chapters under our belt, it's very roughly been 29 days since the story started.  Basically it's a training montage plus entrance exam to school.

My last comment is that the worldbuilding is very unique, both kind of generally and specifically with regards to the magic system.  My once criticism is that the concept of Guides, Aspects, and Affinities is sometimes confusing and I frequently conflate them, despite 29 chapters of worldbuilding, especially conflating the last two together.

Character: The characters are decent.  They seem well thought out and they are sufficiently distinct to all remain separate in the audience's mind.  That said, some of the psychological aspects of the story (trauma) don't seem well handled.  Additionally, the protagonist herself seems a little flat.  Like it's hard to understand what her motivating force is. And her development of a warrior mentality is a bit jarring.

Finally, just to be clear, the protagonist is definitely over-powered.  That.... could be handled better, but it's not terrible.